It is the trip of a lifetime; two weeks spent crossing the country in an effort to talk to Americans about an election the likes of which we may not have seen since 1968.

“It’s as blue as you get. There’s no red here,” said Mike. “You got Staten Island, that’s kinda red. But not much else. This is blue, blue, blue.”

There is a plentiful amount of Biden-Harris campaign signs plastered around the city. The Wall of Lies in Bushwick, a neighborhood of Brooklyn, is another testament to just how blue the area is. The installation features printouts of 20,000 lies told by President Trump. 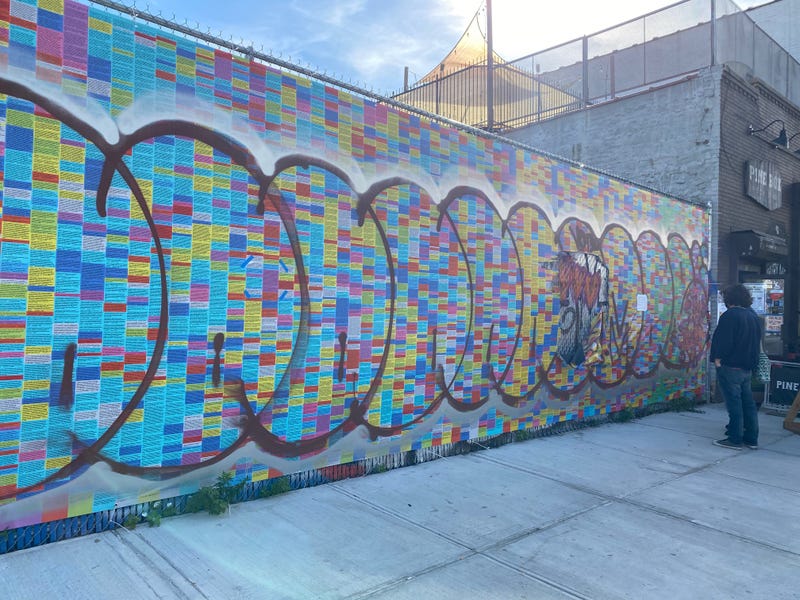 The Wall of Lies in Bushwick, an installation with 20,000 lies told by President Trump Photo credit Jim Taylor/KCBS Radio 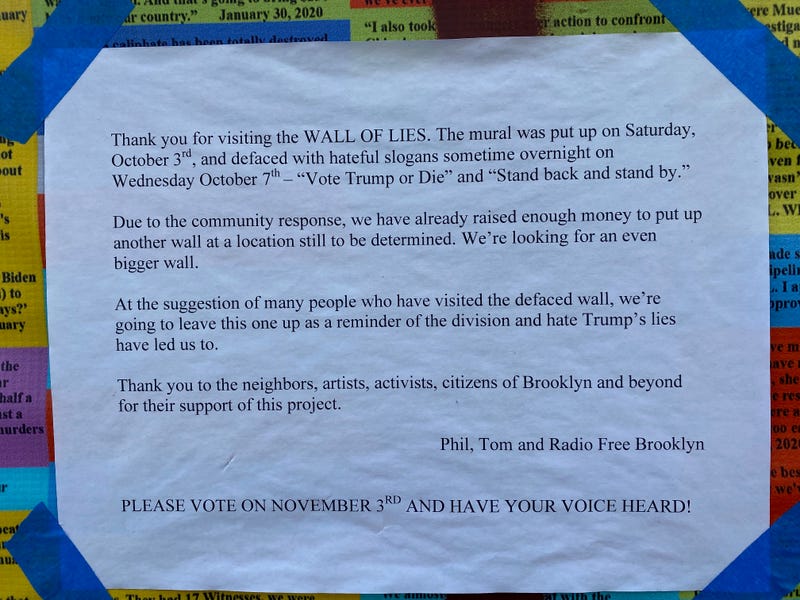 A sign at the Wall of Lies in Bushwick, an installation with 20,000 lies told by President Trump Photo credit Jim Taylor/KCBS Radio

“There’s anger,” said Janice of the election. “But there’s also a lot of pride going on about how well we handled COVID. We got to struttin’ our stuff here in New York pretty hard. And actually, mask wearing I feel has started going up. Because once we started feeling really superior, everyone started wearing their masks.”

After getting hit hard by the coronavirus early in the pandemic, New York City appears to have gained a strong upper hand on the virus. The city streets are busy with plenty of people going about their usual business, and nearly all wearing face coverings.

The next stop on this road trip is Punxsutawney, Pennsylvania where President Trump pulled off a surprising victory in 2016.