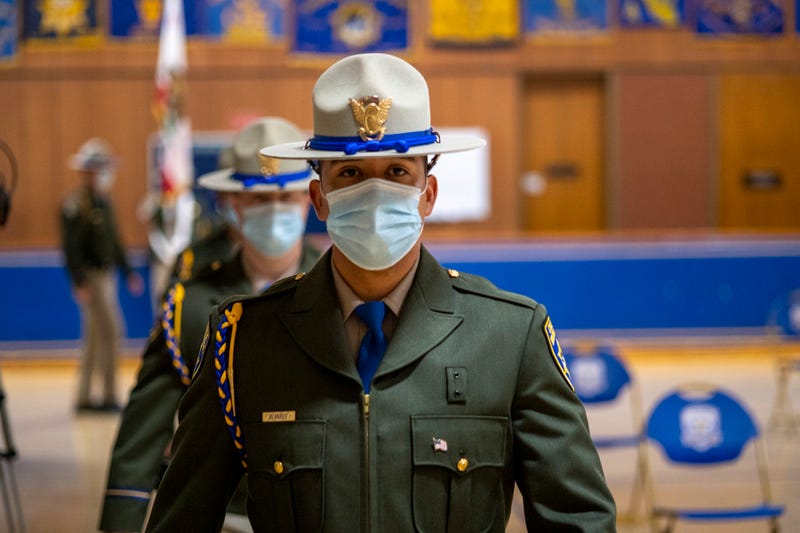 The California Highway Patrol Academy had to be temporarily shutdown this year due to the coronavirus pandemic, but that didn't stop nearly 80 new officers from graduating Friday.

The new highway patrol officers hit the road after taking part in an unusual graduation ceremony at the CHP Academy in Sacramento, where social distancing was the new normal. 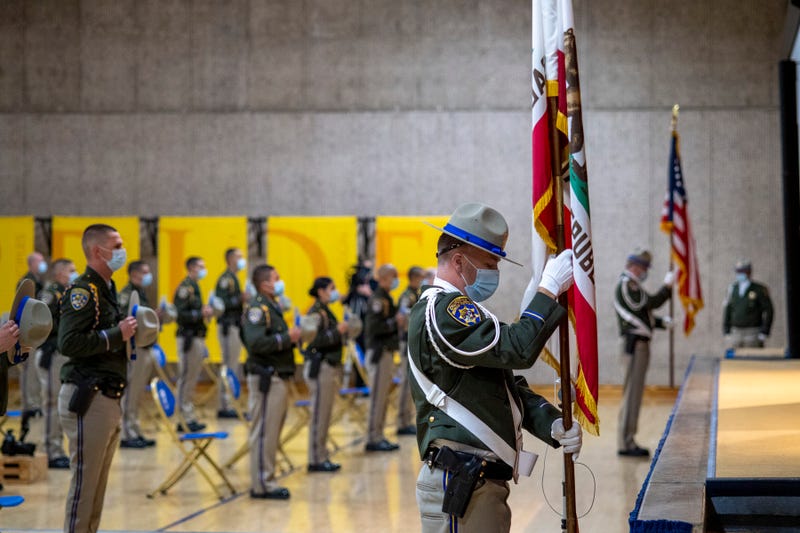 “At the Chow Hall, we were one to a table,” said Kenton Dewald Jr. from Vacaville. “It used to be four to a table. We’re always 6 feet apart, everywhere we go.”

Dewald Jr. told KCBS Radio that the academy was actually closed in March due to the pandemic, and the cadets finished their training at CHP offices near their homes. 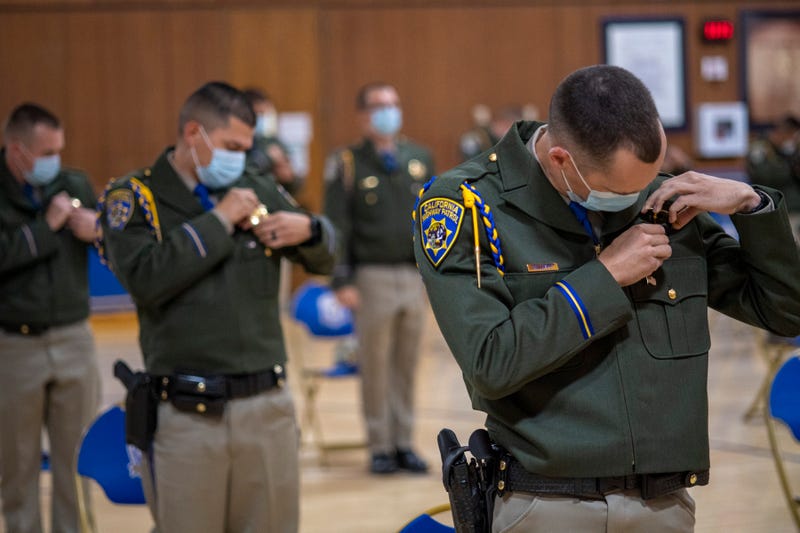 But, Officer Ami Ray from Murrieta said they turned lemons into lemonade, getting more hands-on experience before graduating.

“We’re going to be a stronger class altogether, because we went through that experience together,” she noted. “And, we got to see a little taste of what the road was like in that time in the area offices before we had the opportunity to go out there and do it ourselves.” 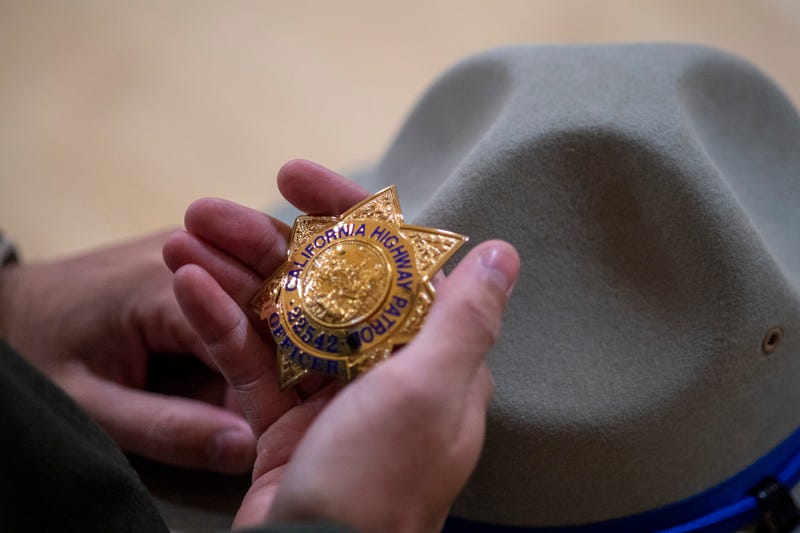 Of the 77 new CHP officers, nearly half are being assigned to the Golden Gate Division patrolling highways in the Bay Area.