Gov. Gavin Newsom made his latest appearance at a mass vaccination site in Long Beach on Monday. The governor has been crisscrossing the state to celebrate new vaccination clinics as California's infection rates continue to drop.

Newsom announced the state's 7-day positivity rate has dropped to just 3%, down from nearly 9% one month ago.

NEW: California has now administered over 7.4 million vaccines. We now rank 6th in the world.

Newsom says the state now has the capacity to administer four million shots a week, but California received just 1.3 million.

"It's not simply what we are capable of administering and we can do exponentially more but nonetheless we are seeing modest improvement week to week."

Newsom said while the limited supply is frustrating, the good news is that the state is ready to ramp up as more doses become available.

The state has most recently been hampered by the severe weather across the country which has interrupted vaccine shipments including to Los Angeles, which had to postpone appointments at city-run sites over the weekend.

“We are in a much better place than we’ve been in some time," said the governor.
"Vaccination increasing, continuing to see a pace of reopening safely with modifications, getting our kids to play sports again safely now, competition opening up. But the fundamental reason I am here is not only celebrate success, but also to reinforce the example of leadership down here of reopening our schools.”

Newsom made his latest stop in Long Beach because the local school district has announced the reopening of elementary schools late next month, the biggest in the state.

Thank you Governor @GavinNewsom for visiting Long Beach and personally thanking our health team, nurses, and National Guard. Was proud to show you our Convention Center mass vaccination site. We will continue to strive to be a statewide model. pic.twitter.com/SUojUliQtY

The city announced that all K-5 students will be able to return to the classroom with teachers vaccinated by Mar. 29, a model that Newsom wants to see across the state. 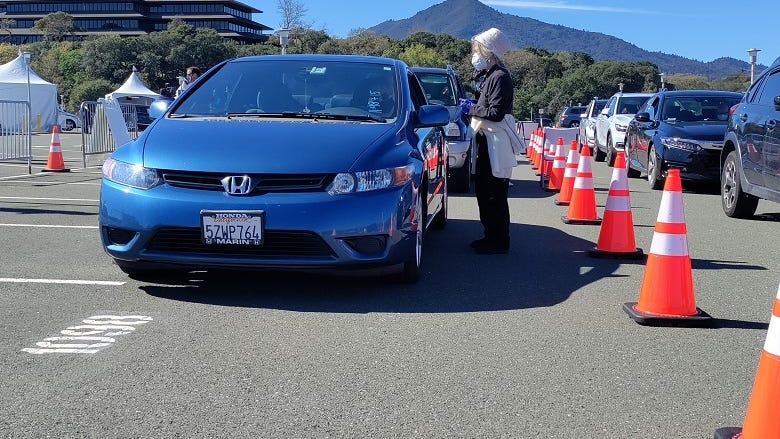