California Governor Gavin Newsom proposed a $227 billion state budget Friday that includes a surplus and maybe even some tax rebates.

The governor also wants to spend more to accelerate the distribution of COVID-19 vaccines.

Today, I’m proposing a budget that reflects the urgent needs of Californians including:

- $2 billion to re-open our classrooms

Eight months ago, California was projecting a $54 billion deficit.

Now, thanks to unexpectedly high tax payments, it’s got a $15 billion surplus, and Gov. Newsom proposed stocking away $22 billion in reserves and spending more than ever on public schools.

“We’re proposing no tax increases,” he said. “We’re balancing the budget. We have record reserves. We’re using some of those reserves to pay down, over the next few years, $9.5 billion in financial obligations in the highest commitment in our state’s history.”

It allocates another $372 million to help vaccinate Californians against the coronavirus, and banks on almost $7 billion from Congress to help schools reopen during the pandemic.

But when will most Californians be able to get that shot in the arm to prevent COVID-19?

Gov. Newsom pledged to get at least 1 million doses out by January 17, but said it could be late spring before more than half the state is inoculated.

He refused to take a position on whether President Donald Trump should be removed from office. 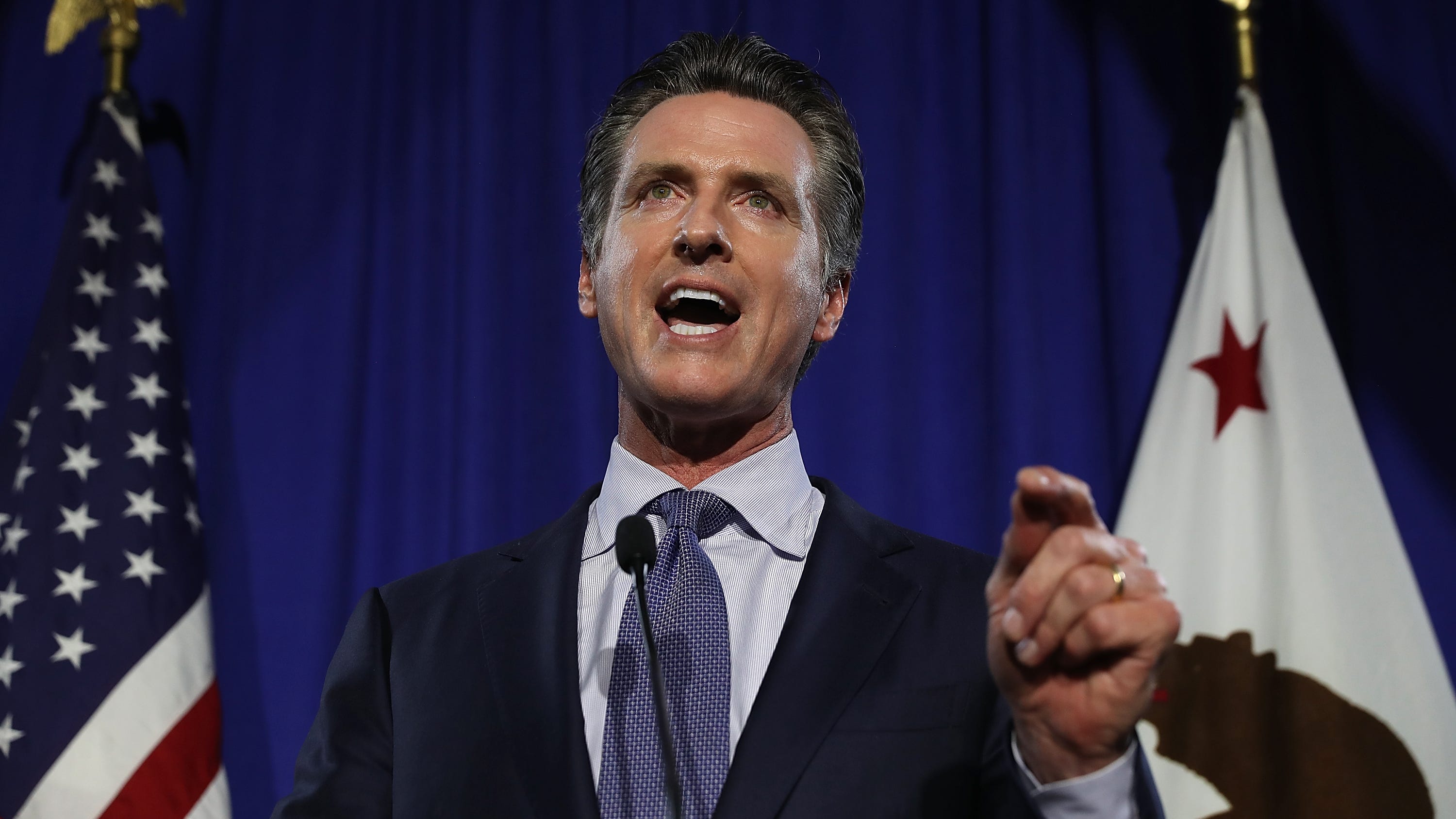