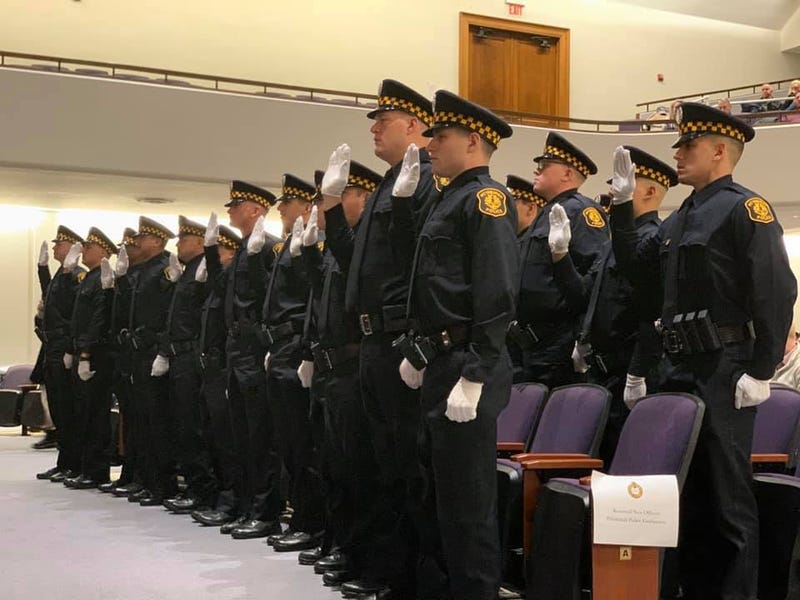 It is the third class this year, with three more anticipated next year as the city’s 2020 budget allows the force to grow to 900 officers.

Commander Joseph Fisher tells KDKA Radio, “Considering that just a few years ago we were closer to maybe 830,”I think that’s a good think in anticipation of substations and maybe a new police district,” said Fisher. “We’re going to need that additional manpower.”

Three 24-hour substations will open next year in Homewood, South Side and Downtown.

A new district that would include the North Shore, South Side and Downtown has been discussed, but no formal plan has been introduced. ​

Fisher adds diversity is also important for the future.

“We’re seeing people from different cultures that are coming in and that’s what we want, we want a police department that’s representational of the public that we police.”