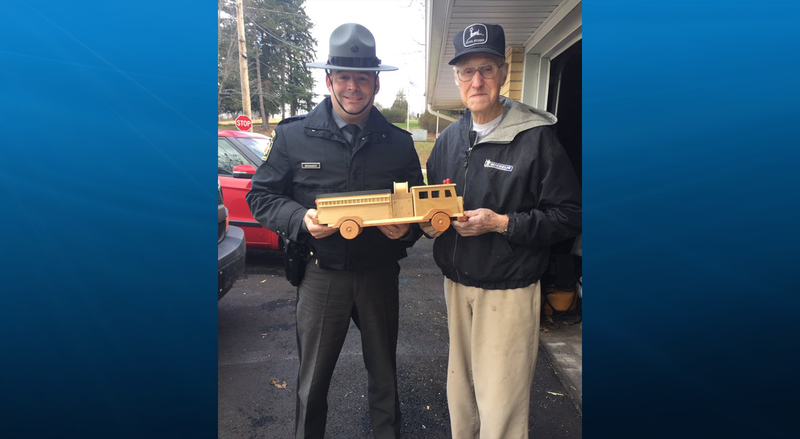 (Newsradio 1020 KDKA) - State police are praising the generosity of a 93-year-old toy maker.

The wooden trucks will be given to kids in the area for Christmas.

93 year old toy maker at it again!! Just picked up 300 hundred wooden trucks from Ed Higinbotham to be distributed to local kids this Christmas. pic.twitter.com/JTzeBfAHsT

Higinbotham has been making toys since he retired in the early 90s and has given hundreds of toys to “Gifts for Kids of Fayette County” for years.

Gifts For Kids is operated by the PA State Police.

Last year Higinbotham told the Herald Standard in Uniontown, “I love it. I don’t play Santa Claus, but I give the toys to them, and they can distribute them.’’