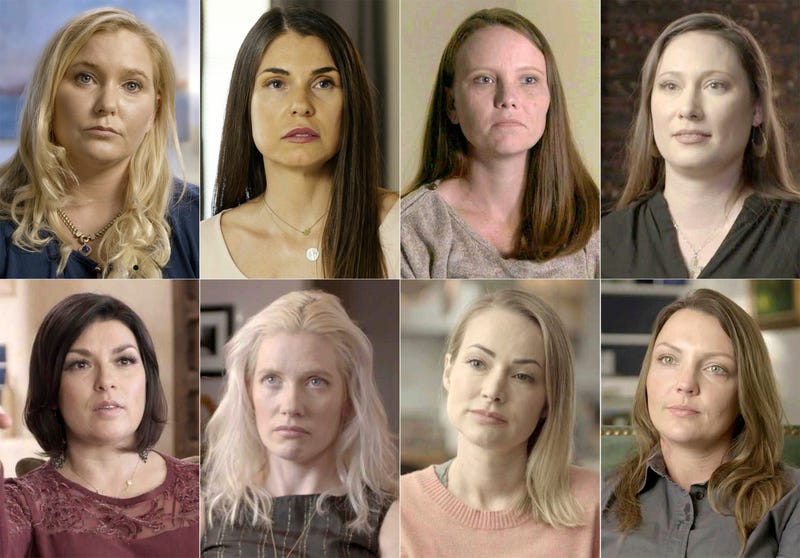 NEW YORK (AP) — The filmmakers behind “Surviving Jeffrey Epstein” moved quickly when Ghislaine Maxwell was arrested on federal charges that she acted as a recruiter for the financier’s sexual abuse.

The fourth episode of the new Lifetime docuseries, which was intended to be a round-table with survivors, was redone to focus on Maxwell’s alleged crimes and her grooming of potential victims.

Filmmakers also incorporated more of Maxwell's story into the series overall and conducted additional interviews. The four-part series will be delivered at Lifetime just days before its Sunday premiere.

“If your timing can be great, our timing was great,” said executive producer Robert Friedman.

This wasn't the first time the filmmakers had to regroup. Production was underway when the 66-year-old Epstein killed himself in his New York City prison cell last August after his arrest on sex trafficking charges. He had pleaded not guilty to sexually abusing girls as young as 14 and young women in New York and Florida in the early 2000s. In lawsuits, women say the abuse spanned decades.

Ricki Stern, a co-producer and co-director, said Epstein's death “opened up the opportunity to say to their interview subjects, ‘You don’t have to hold anything back. The guy is dead.' We can now speak in some ways more openly and honestly and with details that I think had he not been found dead, there may have been more legal maneuvering and careful consideration around."

However, adds co-producer and co-director Anne Sundberg, for the victims, "there was a feeling of real helplessness in the wake of Epstein’s death and with all the battles over the settlement of his estate, there was a sense there will never be any clarity or justice. To finally have a shot at it (after Maxwell's arrest) is remarkable.”

Maxwell’s arrest just a month before the series' premiere triggered “a race, but definitely worth it” said Sundberg. ”We're about to pass out," joked Friedman. “The team has been great. We're working to tell a story basically in real time."

Maxwell, 58, incarcerated since her July 2 arrest at her New Hampshire estate, has pleaded not guilty to charges alleging she sometimes joined in the abuse of the girls, which included one who was 14.

As Maxwell's case plays out in court, Friedman says the intention is "to tell this as a continuing story.”

Lifetime is also responsible for the Peabody Award-winning and Emmy-nominated “Surviving R. Kelly.” It wasn’t until after the airing of that series in 2019 that the investigation into the singer intensified under a global spotlight. Kelly is now in jail, facing charges on a variety of crimes in three states.

Lifetime has partnered with Rise, a national nonprofit trying to eliminate racial discrimination, to run a public service announcement featuring Epstein survivors during the airings of the documentary to call for a sexual assault survivors' bills of rights. It will also air a PSA from the anti-sexual assault organization, RAINN, to provide hotline information and resources for those in need.