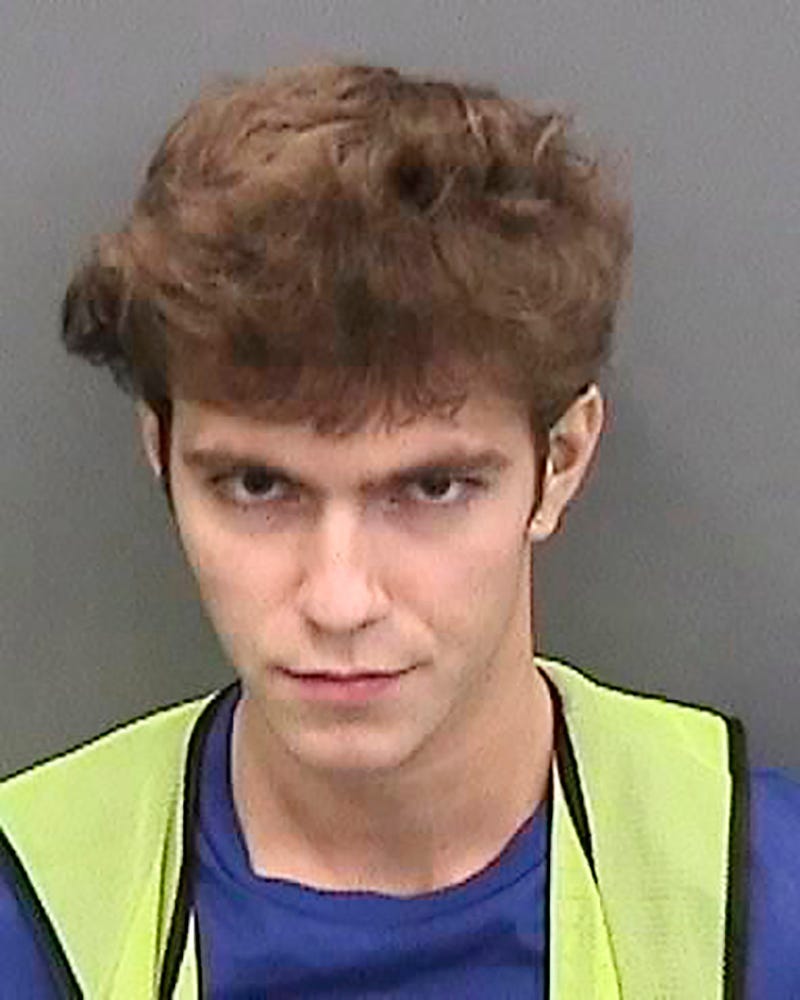 Photo credit The Hillsborough County Sheriff's Office, Fla., released the photo Graham Ivan Clark, 17, after his arrest Friday, July 31, 2020. Clark is accused of hacking Twitter, gaining access to the account of Bill Gates, Elon Musk and many others. Clark was able to scam people around the glove of more than $100,000 in Bitcoin. (Hillsborough County Sheriff's Office via AP)

TAMPA, Fla. (AP) — A Florida teen identified as the mastermind of a scheme that gained control of Twitter accounts of prominent politicians, celebrities and technology moguls pleaded not guilty on Tuesday to multiple counts of fraud.

Graham Ivan Clark, 17, is accused of using the hijacked Twitter accounts to scam people around the world out of more than $100,000 in Bitcoin.

He is charged with 17 counts of communications fraud, 11 counts of fraudulent use of personal information, and one count each of organized fraud of more than $5,000 and accessing computers or electronic devices without authority. The brief hearing in Tampa took place via the video conferencing service Zoom.

Clark is scheduled for a bond hearing on Wednesday. He remains in the Hillsborough County Jail with bail set at $725,000, according to court records.

Clark was arrested on Friday in Tampa, and the Hillsborough State Attorney's Office is prosecuting him as an adult, a news release said.

Two other men were also charged in the case. Mason Sheppard, 19, of Bognor Regis, U.K., and Nima Fazeli, 22, of Orlando were charged separately last week in California federal court.

As part of the high-profile security breach, bogus tweets were sent out on July 15 from the accounts of Barack Obama, Joe Biden, Mike Bloomberg and a number of tech billionaires including Amazon CEO Jeff Bezos, Microsoft co-founder Bill Gates and Tesla CEO Elon Musk. Celebrities Kanye West and his wife, Kim Kardashian West, were also hacked.

Court papers in the California cases say Fazeli and Sheppard brokered the sale of Twitter accounts stolen by a hacker who identified himself as “Kirk,” and said he could “reset, swap and control any Twitter account at will” in exchange for cybercurrency payments, claiming to be a Twitter employee.

The documents do not specify Kirk’s real identity but say he is a teen being prosecuted in the Tampa area.

Twitter has said the hacker gained access to a company dashboard that manages accounts by using social engineering and spear-phishing smartphones to obtain credentials from “a small number” of Twitter employees “to gain access to our internal systems.” Spear-phishing uses email or other messaging to deceive people into sharing access credentials.

Although the case was investigated by the FBI and the U.S. Department of Justice, Hillsborough State Attorney Andrew Warren said his office is prosecuting Clark in state court because Florida law allows minors to be charged as adults in financial fraud cases when appropriate. He called Clark the leader of the hacking scam.

“This defendant lives here in Tampa, he committed the crime here, and he’ll be prosecuted here,” Warren said Friday.

Clark is represented by Tampa attorney David Weisbrod. He has not yet responded to a phone call seeking comment about his client's case.

Fazeli’s father told The AP on Friday that he's 100% sure his son is innocent.

“He’s a very good person, very honest, very smart and loyal,” Mohamad Fazeli said. “We are as shocked as everybody else. “I’m sure this is a mix up.”