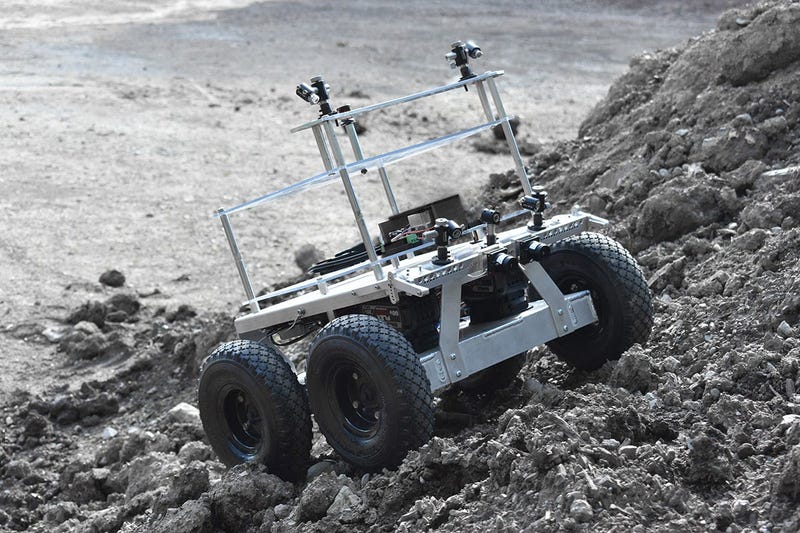 PITTSBURGH (Newsradio 1020 KDKA) -  Carnegie Mellon University is preparing for a 2022 mission to search for water at the moon's south pole.

This will be the first robot to search for the presence of water, in the form of ice.

William "Red" Whittaker, University Founders Research Professor in the Robotics Institute, says finding water on the moon would be significant. "Water is key to human presence on and use of the moon," explained Whittaker, who is leading development of MoonRanger. "Space agencies around the world are intent on investigating it."

Whittaker first approached NASA about lunar ice in 1996. "This hasn’t been quick or easy," Whittaker said. “It is stunning that after these many years we will have the first look."

MoonRanger is expected to be about the size of a suitcase and will search at a rate of 1,000 meters per Earth day. CMU says this is unprecedented speed for this type of robot. A Chinese robot on the far side of the moon can only travel at one meter per day according to CMU.

Once on the Moon, the robot will have about 14 Earth days to complete its mission because those days will be sunlit. Once the day turns to night, temperatures will drop so much that the electronics onboard will fail because the robot will not have a mechanism for heating itself.

Because of its size and weight, MoonRanger is not able to carry a large radio for communication, so making it back to the lander in time is critical to the mission to relay information back to Earth.

"MoonRanger is going to be on its own for long periods of time," said David Wettergreen, research professor of robotics and co-investigator for the rover project, noting the rover will be out of touch with controllers on Earth as it does its explorations.

"If we could make a one-kilometer trek, we'd be very happy," Wettergreen said. "If we could do it twice, that would be amazing."