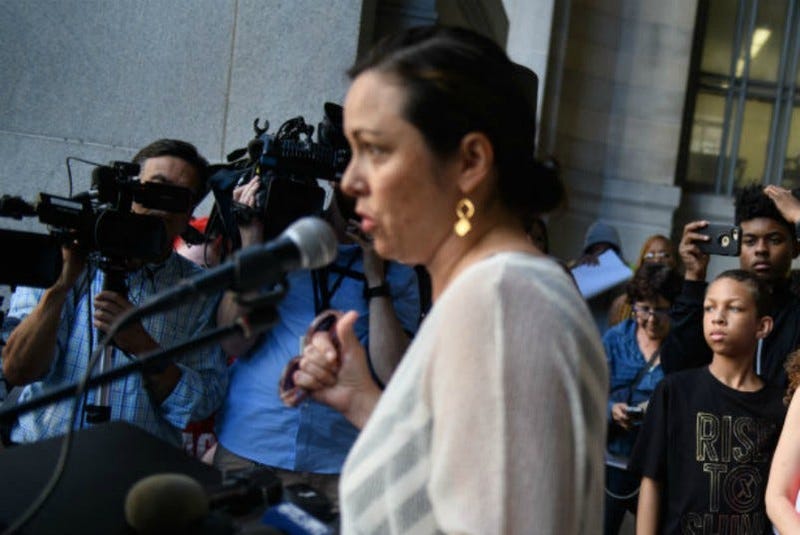 PITTSBURGH (Newsradio 1020 KDKA) - Allegheny County Controller Chelsa has changed her mind and has entered a no contest plea to disturbing the peace charges in Detroit.

It was November when Wagner was found not guilty of disorderly conduct but a mistrial was declared on the more serious felony count of resisting and obstructing police.

The case stemmed from a confrontation at a Detroit hotel.

Today, at a pre-trial hearing, Wagner pleaded no contest to disturbing the peace and was sentenced to six months’ probation.

Her attorney is Charles Longstreet.

“Ms. Wagner was ready to move forwards, put this behind her, she did it for her family,” said Longstreet.

Wagner will also pay $600 court costs and $53 to a crime victim’s fund. After probation the case will be dismissed.

Though Wagner will not be commenting on the matter at this time, Wagner’s husband, Khari Mosley, provided the following comment, “After traveling to Detroit nearly a year ago to celebrate Valentine’s Day and support Detroit, we are pleased to end a chapter that has been very difficult on us and our children. Our children are of course always our primary concern, and we look forward to spending our Valentine’s Day with them in Pittsburgh Friday night. We also look forward to seeking justice civilly in this matter, as we had always intended, but for now will focus on our family.  We’d also like to thank the many people who have reached out with concern and support during the course of these challenges for our family.”