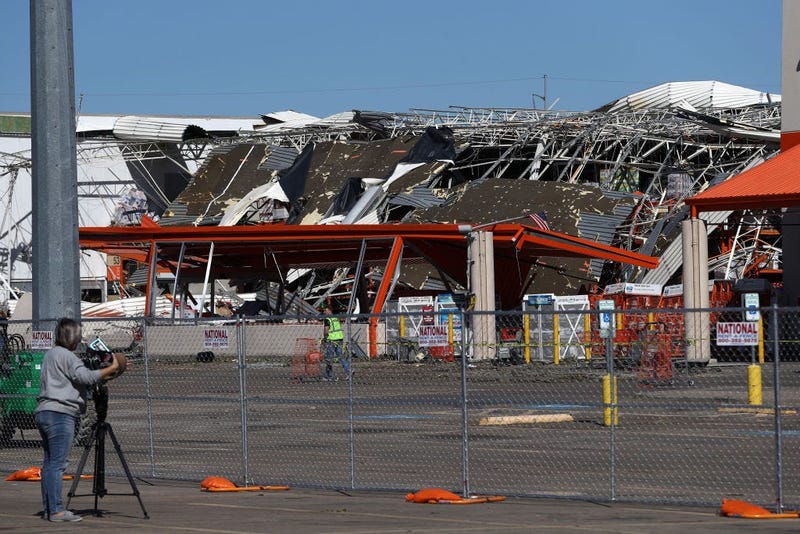 DALLAS (Newsradio 1020 KDKA/ AP) - According to a report, the NBC affiliate in Dallas/Fort Worth delayed airing a tornado warning six minutes due to the Cowboys/Eagles game on Sunday evening.

“During Sunday night's Dallas Cowboys game, we made a mistake by not immediately interrupting the football game with a Tornado Warning,” the NBC 5 statement reads.
Although our meteorologists were tracking thunderstorms across the area when the National Weather Service issued a Tornado Warning for Dallas County, we delayed breaking into programming for six minutes.
Our meteorologists were also streaming live weather coverage throughout the evening on our site, NBCDFW.com. We also alerted the football audience to our weather livestream throughout the game.
When it comes to dealing with severe weather, we know that seconds matter. We should have broken into football programming sooner. We apologize and want you to know that we’re doing everything in our power to make sure this does not happen again.
We look forward to regaining the trust of anyone we may have disappointed.”

The tornado tossed trees into homes, tore off storefronts and downed power lines but killed no one in a densely populated area of Dallas, leaving Mayor Eric Johnson to declare the city "very fortunate" to be assessing only property damage.

A meteorologist said Monday that people took shelter thanks to early alerts, and that it was fortunate the tornado struck Sunday evening, when many people were home.

"Anytime you have a tornado in a major metropolitan area, the potential for large loss of life is always there," said Patrick Marsh, the warning coordination meteorologist at the National Oceanic and Atmospheric Administration's Storm Prediction Center in Norman, Oklahoma. "We were very fortunate that the tornado did not hit the Dallas Cowboys' stadium or the State Fair, where you would have had a lot of people that were exposed."

The tornado crossed over two major interstates. "If that happened at rush hour, I think we'd be talking about a different story," he said.

The National Weather Service said the tornado that ripped through north Dallas was an EF3, which has a maximum wind speed of 140 mph. The agency said another tornado in the suburb of Rowlett was EF1, with maximum wind speeds of 100 mph.

The Associated Press Contributed to this report.