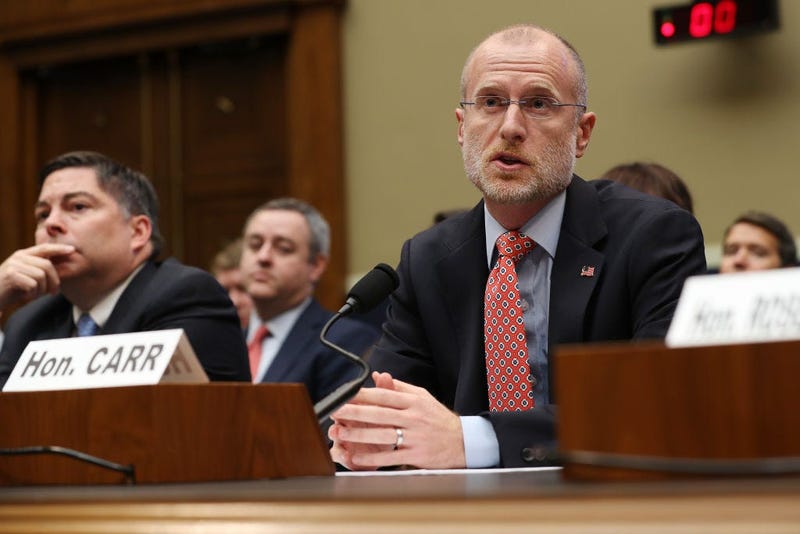 PITTSBURGH Newsradio 1020 KDKA) - FCC Commissioner Brendan Carr told KDKA Radio's Wendy Bell that her name was among those being targeted by what he called a "left-wing" group for investigation.

"We're seeing a coordinated effort among left-wing groups to shut down any speech that doesn't fit with their orthodoxy," he told Bell on KDKA Radio Wednesday.  "It's not very tolerant for viewpoints that don't match their perspective.  We're seeing a coordinated effort to shut down the President's daily Coronavirus briefing and that has spilled over to those of us at the FCC.  And this far-left group filed a petition, asking us to investigate broadcasters that still cover the President's briefing and, more than that, to investigate on-air personalities that don't toe their viewpoint and one of the people that they called out by name was you, Wendy."

"I made it into the paper, which is a shame," Wendy said. "Once my name is somewhere, I'm clickbait. so then you see people take one sentence of something that I say and create a story and a narrative that's false. This is so dangerous."

When asked if there has been an uptick in actions like this, Carr said this activity is new from his perspective.  "This is a sweeping, dangerous attempt to weaponize the FCC against political actors that this particular group has been campaigning against. It's a intolerant perspective," he said.  "The real danger here is this is the same group that pushed for greater government control of the internet, so called net-neutrality. When that was considered a third-rail issue, they worked towards that and achieved it at the end of the Obama administration.

"We unwound that thankfully, at the FCC, this time around, but this group is telling you what their next move is gonna be. When they get the votes here at the FCC, they're going to bring petitions back, just like this one, trying to shut down conservative voices."

"That is chilling," replied Wendy. "I don't even know if I have words for that. That is beyond chilling. It's frightening."

There are five FCC Commissioners. They are appointed by the President and confirmed by the Senate. Carr said three of the current Commissioners are of the same political affiliation as President Trump, giving Republicans a majority in the group.

Carr told Wendy that the FCC used to be a "below the fold agency for a long time, but as tech and telecom has taken on a more prominent role in our daily lives, particularly the far-left has this instinct to try to control the messaging; to try to control the information that's available to people and therefore they view the FCC as a political football. They're gonna try to push it and move us around until we do what they want. I mean this particular group wants us to be the ministry of truth as the left sees it."