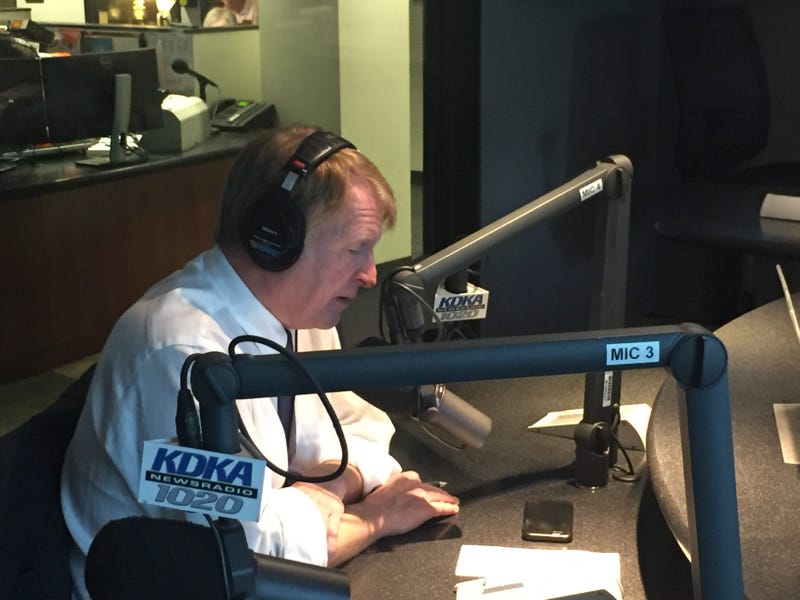 Allegheny County Executive Rich Fitzgerald told KDKA Radio's Robert Mangino that in addition to the number of cases, you also have to look at the number of tests. He said for the five or six days, the positive case count in the county has been under 10 percent of the tests administered.

"It means we've stabilized over the last week and actually started to drop down a little bit which is good news, because we were running at 11 or 12 percent a couple of weeks ago," he said. "We certainly didn't want to start spiking the way you've seen in some other states."

Fitzgerald said he credits the decline in part to the efforts of Dr. Debra Bogen. At the end of June, Bogen instituted a ban on alcohol at restaurants and bars and reduced the dine-in capacity to 50 percent. A short time later in early July, Bogen prohibited all indoor dining.

On Friday, indoor dining in Allegheny county was permitted to resume at 25 percent capacity, matching orders by Governor Wolf affecting restaurants across the state.

In addition, Fitzgerald said making sure travelers returning to Pennsylvania from certain areas were quarantined or tested.

"I think we ran into a point of time in which our numbers were so low that I think maybe people got a little bit complacent. It's human nature. We got a little careless maybe and those numbers started to spike again. I think everybody's gotten a lot more vigilant about wearing their mask, keeping distant, staying outside, those types of things."

Fitzgerald said continued practice of the safety measures will help drive the numbers down more and as schools prepare to resume classes, he said the county is working with the school districts and the state to try to keep everyone safe. "The State Department of Education and the State Department of Health put out some very rigid guidelines for the school districts on activities, all those types of things, the amount of people in class, masks, etc."