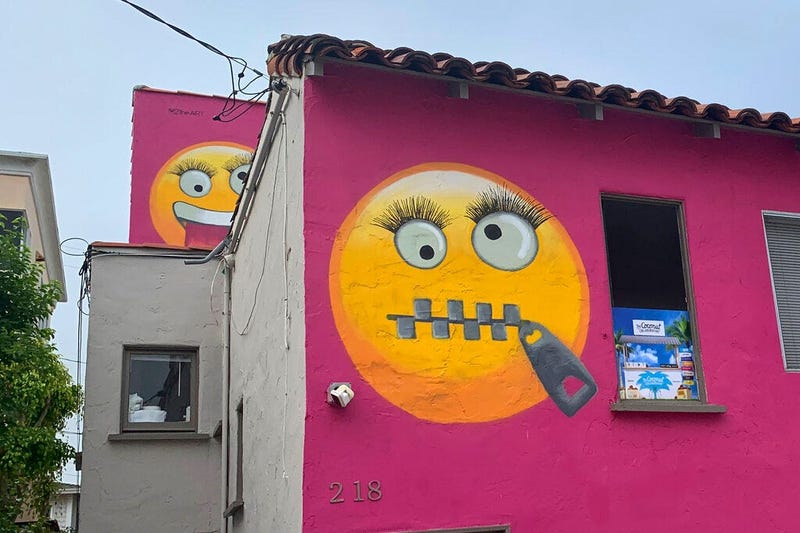 MANHATTAN BEACH, Calif. (AP) — A Southern California seaside community is in an uproar after a home was given a new paint job featuring two huge emojis on a bright pink background.

One speaker called the paint job graffiti and another said it was an attack on neighbors.

Both bright yellow emojis are cross-eyed and have distinctly big eyelashes.

One has a goofy expression with its tongue hanging out. The other has its mouth zippered shut.

The new paint job appeared after neighbors reported the home was being used for short-term rentals and the homeowner was fined $4,000.