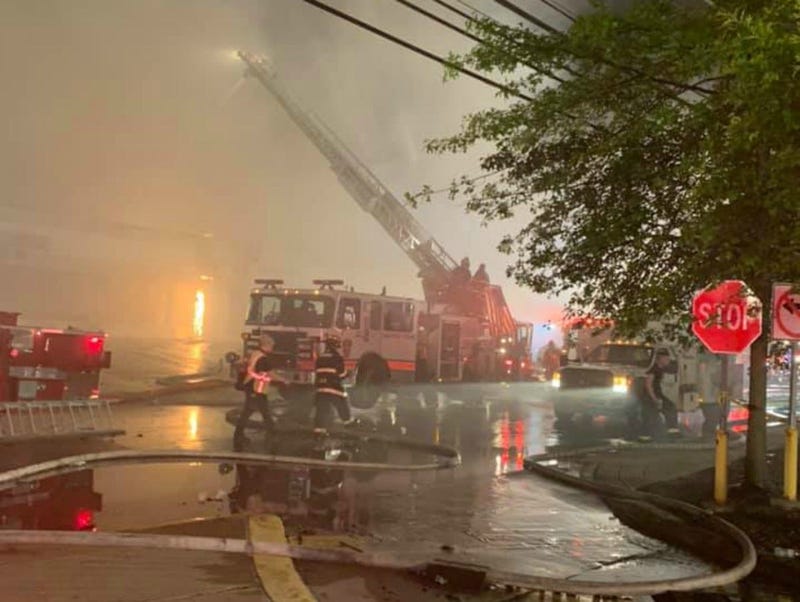 It took crews about 12 hours to completely put out the fire.

After seeing how hard the volunteer fire crews worked to extinguish the fire that destroyed Eagles Rental, Cefola’s Cleaners, Big Shot Bobs House of Wings and Don Services, Penn Hills resident Tyler Tomasino decided he wanted to do something to help the officials.

Tomasino tells KDKA Radio’s Lynne Hayes Freeland he has started a GoFundMe page to raise money for the volunteer departments in Penn Hills.

While the fundraiser isn’t directly in response to Sunday’s fire, Tomasino says, “What better time than now to help the fire department.”

The way the money is used will be up to each department.

Tomasino says they will keep the fundraiser up for as long as possible.