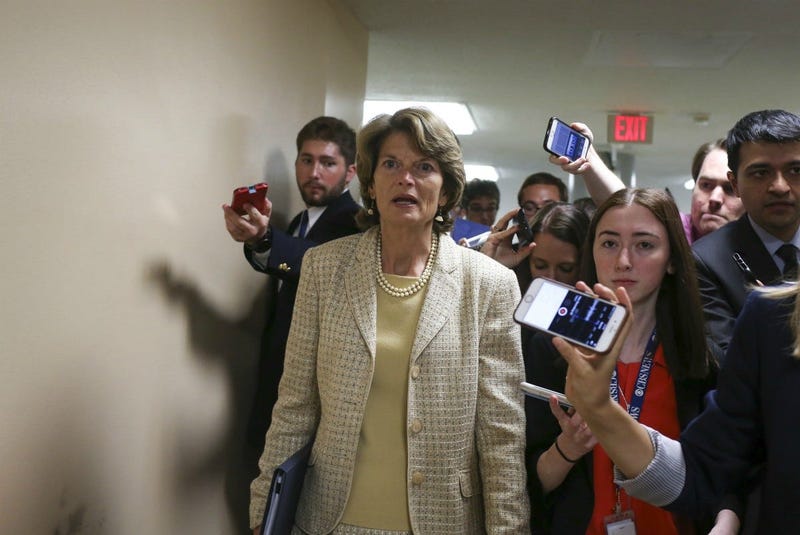 WASHINGTON (AP) — The Latest on President Donald Trump and his nation.

The Alaska senator told reporters on Tuesday that Trump's declaration to unlock billions of dollars beyond what Congress has approved crosses a constitutional line giving Congress decisions on federal spending.

Murkowski said that Trump is "overstepping into the legislative prerogative." She added, "I'm going to be voting yes on the resolution of disapproval."

Murkowski's vote means only one more Senate Republican is needed to side with all the Democrats for the measure to pass and go to Trump, who is expected to veto it. The other two Republicans who have said they'll vote to disapprove of Trump's declaration are Sen. Susan Collins of Maine and Sen. Thom Tillis of North Carolina.