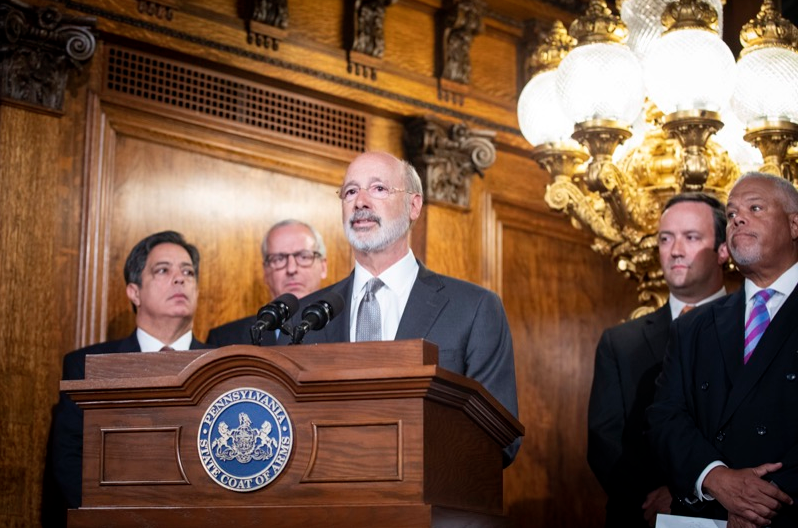 Wolf tells Larry and John on KDKA Radio that there needs to be a law that requires “people to report stolen or lost guns so that people like this shooter in Philadelphia can’t go out in the street and illegally get ahold of a long gun to shoot innocent people.”

Wolf also wants a “red flag law” that would take firearms away from someone who has threatened to hurt themselves or others as well as eliminating the “gun show loophole”, safe storage of guns in homes and universal background checks.

Wolf says the laws are “common sense” and that Second Amendment needs to be respected while working on these laws.

The Philadelphia shooter, Maurice Hill, is charged with attempted murder, assault and other counts. He's accused of shooting at officers who were serving a drug warrant Wednesday and then keeping police at bay while he fired from inside a house.

The six officers were released after being treated at hospitals.

Listen to the entire interview with Wolf below.