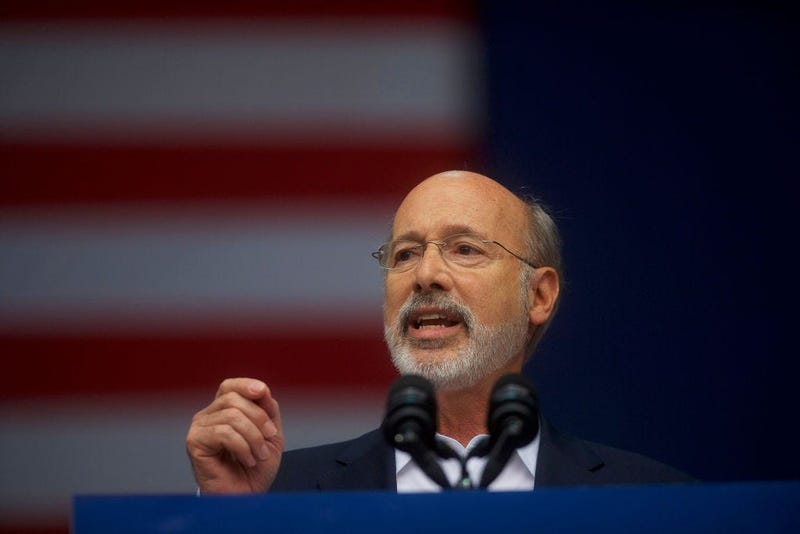 HARRISBURG (Newsradio 1020 KDKA) — On Wednesday, both Governor Tom Wolf and Lieutenant Governor John Fetterman implored legislators to legalize cannabis for adult use, citing both the medicinal benefits and economic reasons.

“I urge the legislature to join me in building a foundation now to strengthen Pennsylvania’s economy by legalizing cannabis for adult use,” Governor Wolf said. “This is revenue that can help Pennsylvanians adversely impacted by the criminal justice system access restorative justice programs, it can be earmarked to help our historically disadvantaged small businesses weather the economic crisis caused by COVID-19, and it will give our economy a much-needed boost.”

Wolf believes that now’s a good time for cannabis legalization, given the socio-economic strife that has been wrought by the pandemic.

Both Wolf and Fetterman, having seen the tremendous boosts in revenue in other states, believe that the legalization could be a huge boon for the recovery of Pennsylvania’s economy.

This isn’t the first time that Fetterman has stood up for legalization, either.

He also advocated decriminalizing for small possession charges, stating that it would save money and help to restabilize lives.

"In 2019, nearly 22,000 people in PA were arrested for having a small amount of marijuana,” Lt. Gov. Fetterman said. “We can better devote the time and resources we spend prosecuting these Pennsylvanians for doing something that most of us think shouldn't even be illegal."

“The decriminalization and legalization of adult-use cannabis are what the people of Pennsylvania want,” Gov. Wolf said. “I urge the General Assembly to listen to them.”