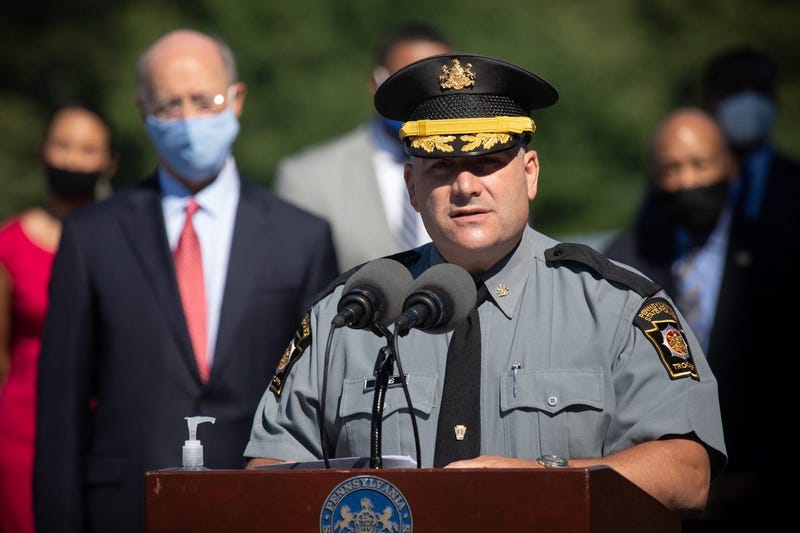 On Tuesday, Wolf signed House bills 1841 and 1910 into law, both passed the House and Senate unanimously.

“A little over a month ago I met with leaders of Black communities in Philadelphia and Harrisburg to discuss ways we can improve law enforcement to make our commonwealth safer for every Pennsylvanian,” Gov Wolf said. “Today, I am signing two bills that will take steps toward achieving this goal.”

The database has been called the Rose Registry after Antwon Rose, the 17-year-old black teen who was shot to death by East Pittsburgh Police Officer Michael Rosfeld two years ago.

A hiring report must be provided if an agency hires a person whose record includes any of the following:

House bill 1910 requires mental health evaluations that focus on PTSD of officers as a condition of continued employment.

Evaluations can be requested by the officer or police chief within 30 days of an incident involving lethal force.

In addition, the bill requires, “requires training for police officers on trauma-informed care, use of deadly force, de-escalation and harm reduction techniques, community and cultural awareness, implicit bias, procedural justice and reconciliation techniques. Under the bill, magisterial district judges are required to complete, as part of their annual continuing education requirement, one course on the identification and reporting of suspected child abuse and court proceedings involving children,” according to a press release.

Wolf signed the bill at the Pennsylvania Commission on Crime and Delinquency and was joined by) by Attorney General Josh Shapiro, members of the legislature and the Pennsylvania State Police, and Keir Bradford-Grey of the Defender Association of Philadelphia.

“I am so proud to have been part of this bipartisan, bicameral process to bring legislation to the Governor’s desk,” Sen. Jay Costa said. “Every corner of this state and in every one of our districts, citizens have called for reform. We’ve heard them, and we’re still listening. These bills are a step in the right direction for better outcomes in our criminal justice system, but they are just the first step. Our work continues. By enacting comprehensive reforms, I believe we can prevent the next tragedy.”

Other police reform bills are also currently in the state legislature.