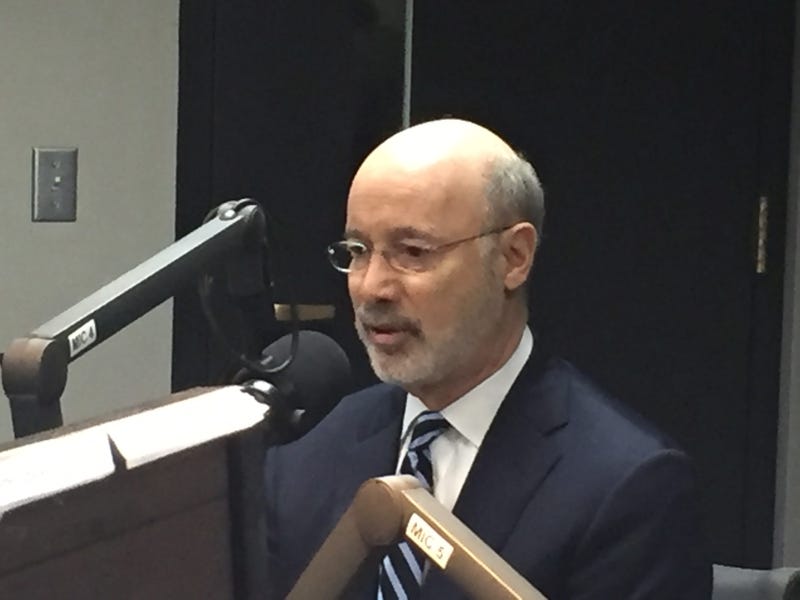 PITTSBURGH (Newsradio 1020 KDKA) - The day after hundreds of gun rights supporters demonstrated in downtown Pittsburgh, Pennsylvania's governor is adding his voice to the debate over the city's proposed assault weapons ban.

In an interview with Larry and John on KDKA Radio Tom Wolf gave his answer to the question: should the state restrict or eliminate semi-automatic weapons?

“I support that. I think that, again those are the weapons that killed those innocent people in Squirrel Hill and that have done so much damage in schools and in places all around the country.”

The governor says the goal of the gun control debate should be finding "the right balance" between guns for hunting and protection and others that, in his words, "overstep the bounds."

While the governor says he supports restricting or eliminating semi-automatic weapons, he says the important thing is that there is discussion and debate over what can be done to keep people safe.

“I mean even the president is talking about eliminating, making bump stocks illegal. I think we ought to have a universal background check I think we should not have people (with) easy access to the weapons that killed all those innocent victims in Squirrel Hill,” said Wolf. “We’re all in different ways trying to figure out what is the way to recognize the rights of gun owners but also make ourselves safe and I think this is a good conversation to have.”

Let your voice be heard. Take our poll Should The State Of Pennsylvania Enact Laws To Control Semi-Automatic Weapons?

music
Bruno Mars is back, this time with Anderson .Paak for new Silk Sonic album
news
United Airlines flight delayed after passenger set off pepper spray in cabin
news
Pain in your knees? It could be all that screen time
sports
Adam Silver apologizes to Raptors exec for blaming him for run-in with sheriff's deputy
music
What's the health status of Lady Gaga's dog walker after shooting and stolen French bulldogs?
music
Kanye West reportedly spent $12 million of his own money on Presidential campaign