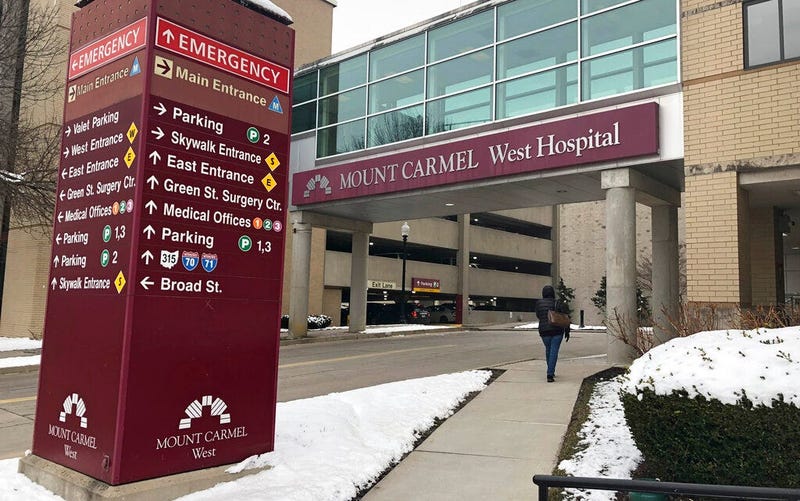 COLUMBUS, Ohio (AP) — An intensive care doctor ordered "significantly excessive and potentially fatal" doses of pain medicine for at least 27 near-death patients in the past few years after families asked that lifesaving measures be stopped, an Ohio hospital system announced after being sued by a family alleging an improper dose of fentanyl actively hastened the death of one of those patients.

The Columbus-area Mount Carmel Health System acknowledged the doses were larger than needed to provide comfort for dying patients. That raises questions about whether there was intentional or possibly illegal use of the drugs to accelerate deaths.

The system said it has fired the doctor, reported findings of an internal investigation to authorities, and has removed 20 employees from patient care pending further investigation, including nurses who administered the medication as well as pharmacists.

Mount Carmel said the situation came to light because an employee reported a safety concern. The health system shared no information about what might have prompted employees to approve and administer the excessive dosages.

"Regardless of the reason the actions were taken, we take responsibility for the fact that the process in place were not sufficient to prevent these actions from happening," president and CEO Ed Lamb said in a video statement . "We're doing everything to understand how this happened and what we need to do to ensure that it never happens again."

The attorney who brought the lawsuit said in that case, either layers of safeguards repeatedly failed to flag a "grossly excessive" dosage of fentanyl, or the medical professionals intended to accelerate the death of the patient, 79-year-old Janet Kavanaugh.

"On balance, it's hard to believe the former occurred rather than the latter. ... This is not just a simple situation of an error," lawyer Gerry Leeseberg said Tuesday.

The lawsuit was filed Monday in Franklin County against the health system, a pharmacist, a nurse and the doctor, which it identifies as William Husel.

Case records listed no attorney yet to comment on Husel's behalf. There is no public personal phone listing for him, and other numbers linked to him weren't accepting calls Tuesday.

Husel's case emerges amid a national debate over physician-assisted suicide, or what's lately been referred to as physician aid in dying. It allows physicians to prescribe medications in life-ending amounts to terminally ill patients.

Five states — California, Oregon, Vermont, Washington and Colorado — allow the practice, and 20 have considered but not passed legislation to do so, according to the nonpartisan National Conference of State Legislatures. In Ohio, the practice remains illegal. A bill that would have allowed terminally ill, mentally competent patients to self-administer a prescription to end their lives failed last session.

But Joe Carrese, a faculty member at the Johns Hopkins Berman Institute of Bioethics, said that such laws are carefully crafted to require waiting periods, paperwork, witnesses and other assurances to patients and their families. He said that if Husel administered lethal quantities of drugs to unwitting patients in order to end their lives, his acts didn't meet the definition of physician-assisted suicide.

"In this case, if that was the intent, this was essentially euthanasia, which is not legal anywhere in the United States and not at all the same as physician-assisted death," he said.

Carrese commended Mt. Carmel for encouraging a culture in which medical staff and other employees can come forward without fear.

"They commented they've been working hard to create a culture where people bring concerns forward and that's a national issue, that's not something that's limited to this particular hospital where this unfortunately happened," he said. "I think we're all trying to work hard at this notion of seeing something and saying something and doing something."

However, the extent of the allegations are concerning, Carrese said.