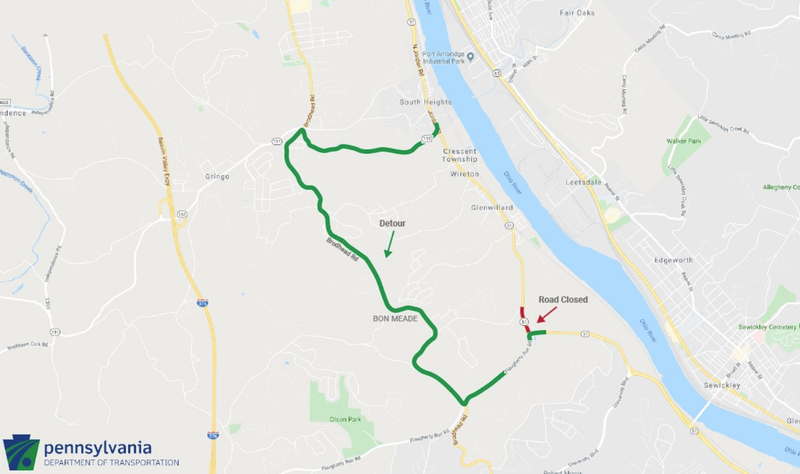 PITTSBURGH (Newsradio 1020 KDKA) - A landslide has forced PennDOT to close a section of Route 51.

The affected area is in Moon Township on McGovern Boulevard.

Rt. 51 is closed until further notice in both directions between Flaugherty Run Road and Purdy Road.

Local traffic is allowed up to the slide, all other traffic will be detoured.

PennDOT has released the following detour:

East of the slide

West of the slide

Geotechincal engineers are monitoring the site as the hill continues to move.

Power to almost 800 Duquesne Light costumers was knocked out but restored shortly after 5 a.m.