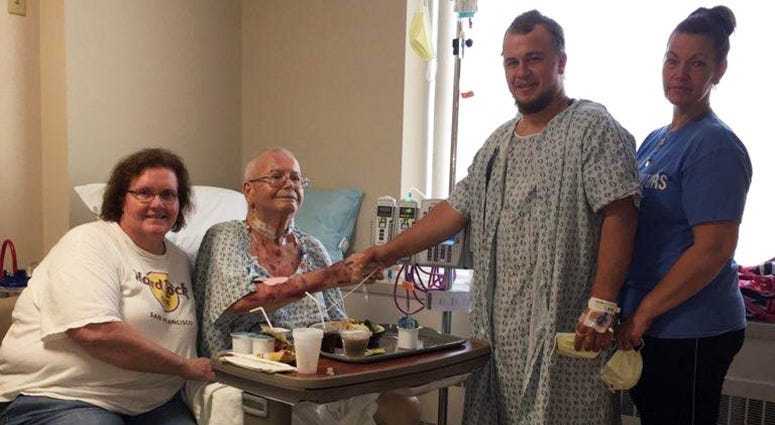 PITTSBURGH (Newsradio 1020 KDKA) In December, Al Jaworski was told he has six months to live unless he finds a living donor for a liver transplant.

Boggio knew he wanted to lend a helping hand to a family in need.

“He’s the gift of life,” Al said about Boggio. “I get another chance at getting better again.”

When Boggio first mentioned to his mother that he wanted to be a living organ donor, she was all for it right away, being a donor and on the registration list herself.

“I told him the day he went to register that he would be the match,” Piper said. “There was no doubt in my mind.”

Piper works as an ambulance driver, and had ironically met the Jaworski’s the day Al was being discharged from a nursing home in December.

“Kathleen… walked directly to me and started talking to me saying her husband needed a living donor for O+,” Piper said. “I went home and got on the registration myself.”

Boggio was selected as the living donor for Al at random, the two were almost entirely unaware of the previous connection.

Listen to both interviews from Bell on Newsradio 1020 KDKA.