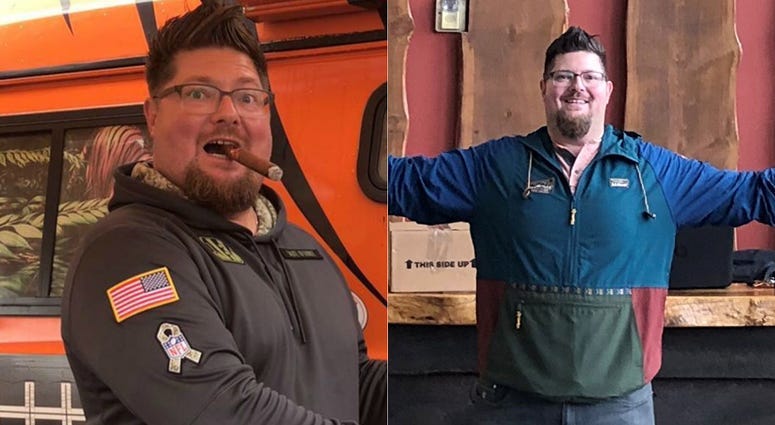 We’ve been following the story of Del Hall, a 43-year-old director of sales for Fifty West Brewing Company in Cincinnati decided he was going to drink only beer and water for Lent. No food!

Hall tells KDKA Radio’s Lynne Hayes-Freeland with one day left to go before he can eat real food, he is down 44 pounds over lent!

“I expected to loss maybe 30-35 pounds over the whole thing and I’m almost 10 pounds over that so yeah, I didn’t expect to lose that much weight.”

Hall adds that feels like he is in his 20s again.

“There’s no inflammation in my body, my hair and nails are growing fast,” said Hall. “It’s pretty ridiculous I feel so good.”

Hall says he got the idea while studying beer and learning about a particular brew called “doppelbock”, a beer that was first brewed by monks in the 1600s.

“When you study “doppelbock” you learn that the monks invented this style of beer to sustain them when the decided in 1654 to give up all solid food for lent so when they decided to do that they brewed a hardy style of beer with extra carbohydrates and extra calories to sustain them so I just decided I’m going to give it a whirl and see if this is actually fact or fiction,” said Hall.

While his doctor didn’t recommend the fast, she did tell Hall that as long as he stayed hydrated he would be safe.

Hall says he will gradually come back to real food this weekend.

“I have some organic bone broth, that will be my first meal and then maybe I’ll ease into maybe like a smoothie . . . it will take about four or five days before I eat meat again,” said Hall.

Even with all the weight he has lost and the way he feels, Hall still wouldn’t recommend his fast to the public.

“I’m in a unique position, I work for a brewery, so I have all the access to all the free beer I want,” said Hall. “When I’m out in public, part of my job is drinking so if I have a beer in public and that’s what I’m supposed to do with my job, I sample beer with people and then I also use Uber a lot and Uber is on my expense account. So Uber doesn't even cost me money so I’m in a very unique position to do something like this.”

During his journey Hall has been interviewed over 500 times in the United States and 35 countries.

So what is the first real meal Hall will have when he eases back into real food? Sushi!