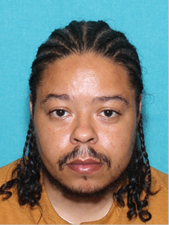 WEST MIFFLIN, PA (Newsradio 1020 KDKA) - The West Mifflin Police have issued a warrant for Daymond Wiggins after Allegheny County Police Homicide Detectives determined that he was responsible for homicide in a shooting on Monday, May 18.

On that Monday, West Mifflin Police responded to a reported shooting on Midway Drive, around the 30 Building area.

At the scene, the officers discovered a deceased man that appeared to have been shot in the face and head.

An arrest warrant has been issued for Daymond Wiggins that would charge him with Criminal Homicide along with some firearms violations.

Wiggins is described as a black man with black hair and brown eyes.

Wiggins is estimated to weigh around 170 pounds and be 5 feet 7 inches tall.

If you have any information about his location, call the Allegheny County Police’s tip line at 1-833-ALL-TIPS.