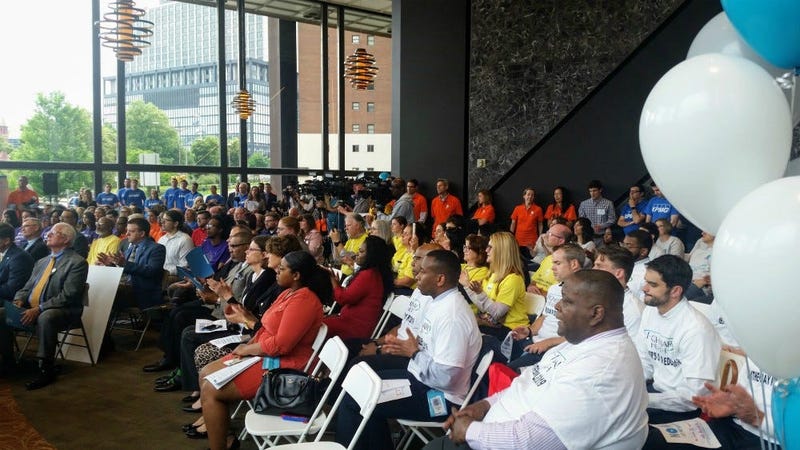 PITTSBURGH (Newsradio 1020 KDKA) – Dozens of corporate, civic, and political leaders gathered at the U.S. Steel Building to take the Father’s Day Pledge to end gender violence. The pledge calls on men to learn about domestic violence and sexual assault, model respect and equity in relationships, and speak out against disrespectful and abusive behaviors.

Women’s Center and Shelter of Greater Pittsburgh CEO and president Nicole Molinaro said, “When we talk about these issues in public we make it much more accessible for people to be able to address issues in private.”

Among those taking the pledge were Pittsburgh Mayor Bill Peduto, Allegheny County Executive Rich Fitzgerald, and corporate leaders including Leroy Ball of Koppers, Evan Frazier from Highmark, Greg Jordan of PNC, and James Taylor from UPMC.

Molinaro says there’s more to do beyond the pledge. “Doing the actual work of reaching out, expressing concern, and support somebody for however long it takes.”

Several of the corporate leaders spoke of how they have training programs for employees to spot suspected domestic abuse and how to report it.