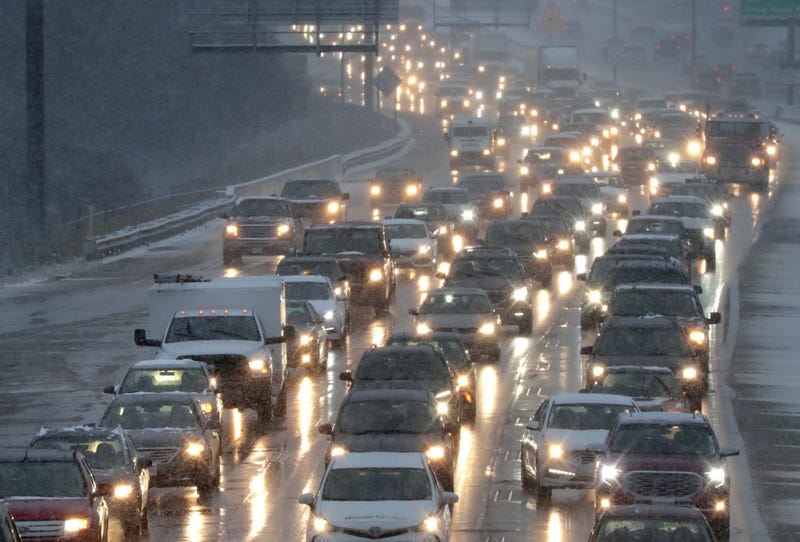 PITTSBURGH (Newsradio 1020 KDKA) More than 55 million Americans are expected to travel for Thanksgiving this year, an increase of 1.6 million people.

This report comes from a AAA news release stating that this is the second highest number or travelers since 2000, when they started tracking the stat.

This year’s travel volume is topped only by the 2005 Thanksgiving season.

Of the 55 million people planning to travel, a large majority of them will be doing so on the road.

Wednesday is predicted to be the busiest day for travel.

A normal commute on Wednesday may become four times longer than normal thanks to the influx of travelers that will be on the road.

For those driving to their destination this Thanksgiving, AAA recommends taking your vehicle to a repair facility to be checked for any maintenance it may need before hitting the road.

Over 368,000 people are predicted to call AAA roadside assistance with vehicle issues.

If you plan on flying for Thanksgiving, AAA suggests that you fly on the Monday prior.

Ticket prices on Monday are on average cheaper than most of the week and is a lighter travel day in comparison to the rest of the week.

The cheapest flight ticket on average, however, comes on Thanksgiving day.

If travelers plan on renting a car, be prepared to pay a higher cost.

Rental car prices are at their peak and have hit the highest amount since 1999 at $75 per day.

If you’re traveling during the holiday or just trying to make a normal commute, expect delays and plan accordingly.