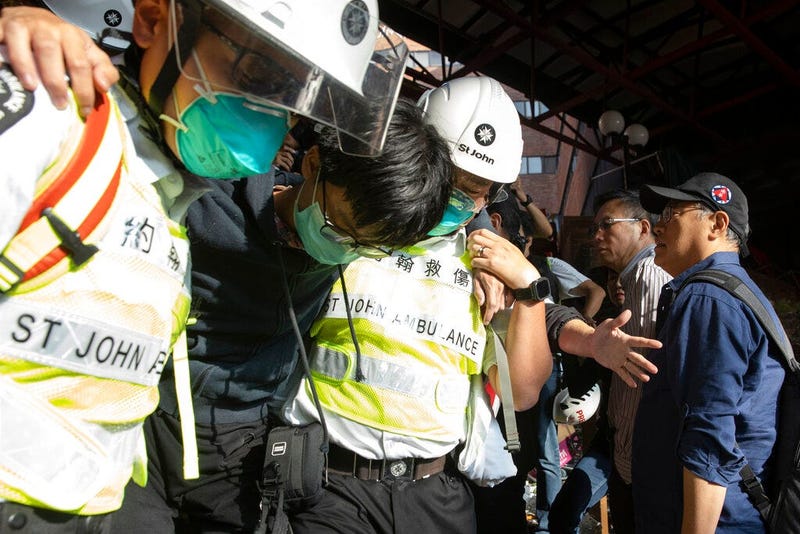 The House overwhelmingly approved the bills Wednesday, a day after the Senate passed them on voice votes. The bills now go to the White House for President Donald Trump’s signature, and the White House signaled that he would sign the human rights measure.

China has threatened to take unspecified, “strong countermeasures” if the bills are signed into law.

Passage of the Hong Kong bills is widely seen as complicating the path to a major trade deal between the U.S. and China. Stocks closed broadly lower on Wall Street Wednesday as investors turned anxious about the possibility that a deal may not be reached before next year.

The munitions bill was passed unanimously, while Republican Rep. Thomas Massie of Kentucky was the sole House member to oppose the human rights bill.

“Freedom is declining in Hong Kong at a rapid pace. China is taking aggressive action to impose total control through surveillance, political pressure, and, as we saw this weekend, brute force,’’ McCarthy said.

Hong Kong schools reopened Wednesday after a six-day shutdown, but students and commuters faced transit disruptions as the last anti-government protesters remained holed up on a university campus, surrounded by police.

“The United States cannot and will not allow China to reap the rewards of a free society so long as it categorically suppresses one,’’ McCarthy said.

The strong votes in both the House and Senate “send a clear message that the United States stands with the people of Hong Kong and will punish further aggression by China,” McCarthy said.

Rep. Steny of Maryland, the No. 2 House Democrat, urged President Donald Trump to sign the legislation “and send a strong message that democracy in Hong Kong must be preserved.’’

Hong Kong residents must be allowed freedom of expression, freedom of speech and peaceful protest, Hoyer said, as well as “freedom from the fear of being deported to mainland China by a government in Beijing whose track record on human rights is abysmal.’’