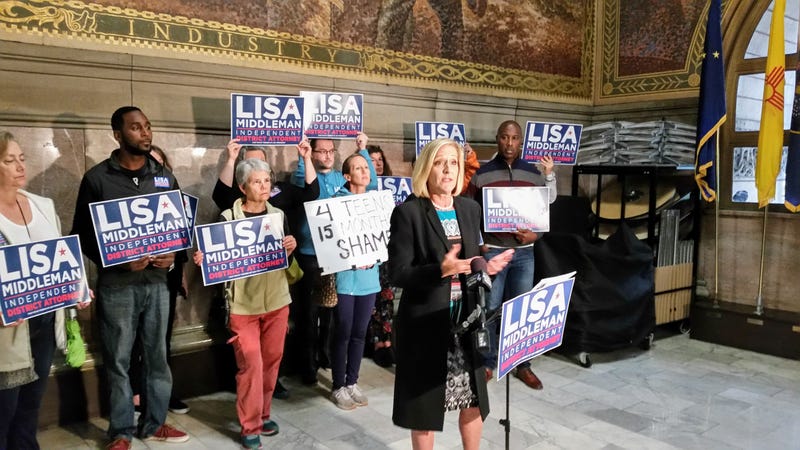 Sam DeMarco III and Denise Ranlli-Russell say Middleman broke the ethics code by holding a campaign rally “on the taxpayers’ dime” at the county courthouse rotunda this week.

Middleman, who is currently a part-time attorney for the county, told KDKA Radio’s Lynne Hayes-Freeland on Friday afternoon that county employees are allowed to express political opinions.

“You must engage in those activities away from your county workplace, out of uniform, and during non-working hours,” Middleman said.

She claims that she followed those rules and plans to file her own complaints with the union and ethics commission.

“Your employer is not permitted to publicly discuss any information concerning or related to personnel matters,” said Middleman.  “Maybe they should have read the entire ethics code before posting publicly.”

Middleman is running against incumbent democrat Stephen Zappala as an independent.