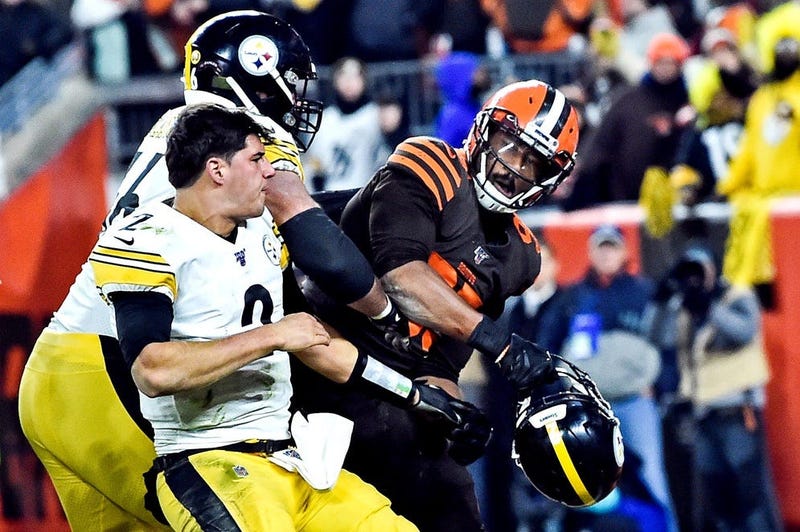 PITTSBURGH (KDKA Radio) - The prosecutor's office in the city of Cleveland says they won't open an investigation into Thursday night's brawl at the end of the Steelers-Browns game unless someone files a criminal complaint.

For one, Del Greco says police and prosecutors would rather not get involved.  "I think generally the law enforcement, the district attorney's office says to themselves, 'OK, they are being punished, just not by me.'"

The NFL has handed down stiff suspensions and fines to the players involved.

"Two weeks from now the Browns come to Pittsburgh," says Del Greco. "Suppose there is another incident that is similar to it. I think there is a slippery slope and territorial aspect to it."

Criminal prosecutions for actions on the field, ice or hardwood are rare, but they have happened.

In 2004 a game between the Detroit Pistons and Indiana Pacers led to a brawl involving players and fans. Five Pacers were charged with simple assault and pleaded no contest.

In 2004 Todd Bertuzzi of the Vancouver Canucks was arrested for a punch to the back of the head of Colorado's Steve Moore that ended Moore's career. That resulted in a confidential settlement.

While there is an assumption of risk for any athlete, Del Greco says no player assumes he'll get hit in the head with a swung helmet like the hit the Steelers Mason Rudolph suffered last night. Rudolph was not hurt.

But in the end, most athletes would rather settle their disputes on the field, ice, or court ... not in the courtroom.