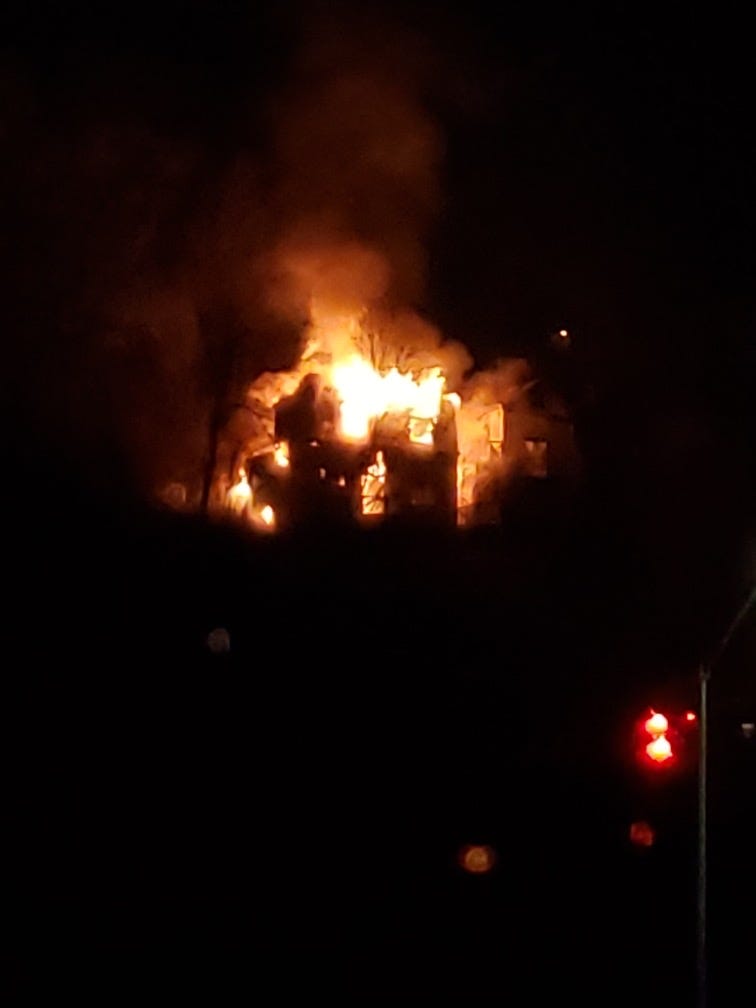 PITTSBURGH (Newsradio 1020 KDKA) - Pittsburgh firefighters responded to a three-alarm fire in the Northside on Sunday night when two homes were on fire.

It happened in the 800 block of Luella Street around 10 p.m.

In a release, Pittsburgh Public Safety said that the two abandoned, unoccupied homes were already in flames when firefighters arrived.

A third structure nearby, which was condemned and scheduled for demolition, was exposed to the flames.

No injuries were reported to firefighters or bystanders nearby and the fire was controlled within 30 to 40 minutes.

The cause of the fire has not yet been determined and the Fire Investigation Unit is expected to investigate.