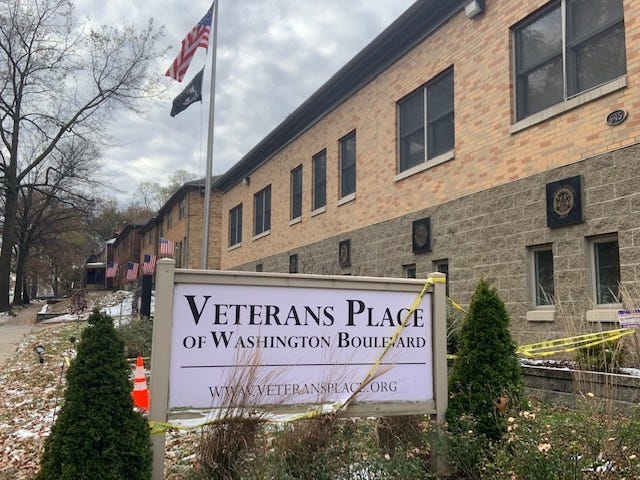 PITTSBURGH (KDKA Radio) - Veterans Place on Washington Boulevard in the Larimer-Highland Park area now has a remodeled commercial kitchen and new food pantry to serve the 300 homeless veterans it sees every year.

"Currently we have 48 veterans that live on campus," says Executive Director Marlon Ferguson.

"With our day program we have veterans who are street homeless. We average about 15 veterans a day in our programs downstairs."

69 year old John Vogelsang served in the Marines during the Vietnam War and became homeless sometime after his return to the U.S. Seven years ago he started living at Veterans Place.

"(They) helped me get a job and save up to buy a car. Earlier this year they got a grant for me to get my CDL-A and I'm going to work for U.S. Express starting Monday," said Vogelsang.

"You can come off the street and succeed in life. Don't let it be a detriment."

Walmart provided a $25,000 grant for the kitchen and donated and installed shelving for the pantry. Company officials surprised Ferguson with an additional check for $20,000 at the ribbon cutting. Others also provided in-kind work including the building trades, architect, and construction company.