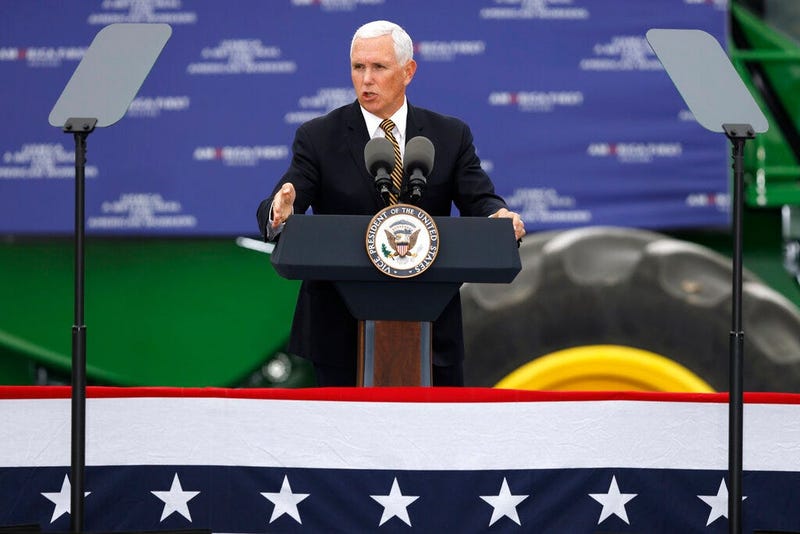 WAUKEE, Iowa (AP) — Vice President Mike Pence said Wednesday he is working with the White House counsel's office to release transcripts of his own calls with Ukranian President Volodymyr Zelenskiy.

Pence was asked about releasing his transcripts and told reporters, "I'd have no objection to that." He spoke after an event in Waukee, Iowa, where he addressed supporters about the president's trade policy.

Pence said he "never discussed the issue of the Bidens" with Zelenskiy. And he again defended the president, insisting that a "plain reading" of the rough transcript of Trump's call with the Ukranian leader shows "there was no quid pro quo."

The Trump administration came under fire after a whistleblower complaint filed by a CIA officer suggested Trump and other administration officials worked to withhold aid from Ukraine and pushed the country's government to investigate the son of former Vice President Joe Biden, a leading candidate in the Democratic primary for president.

Pence also said he stands by his assertion during a 2016 vice presidential debate that foreign governments shouldn't get involved in domestic elections. He ignored shouted questions noting that Trump suggested, in front of network cameras on the White House lawn, that China should start an investigation into the Bidens.