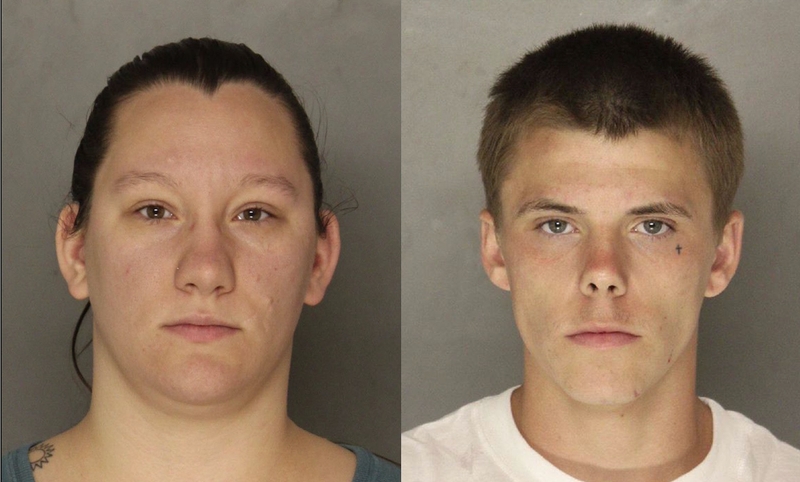 PITTSBURGH (Newsradio 1020 KDKA) – A wanted escapee is back in custody after escaping Monday evening.

Robert Logsdon, 22, escaped from a constable at the intersection of Fort Pitt Boulevard and Stanwix Street around 6:25 p.m. Monday evening by kicking out a window and diving out of the car.

The constable lost sight of Logsdon as he ran.

During surveillance of the home in the 400 block of Linnview Avenue, Logsdon was seen looking out a kitchen window in the front of the house.

Police say Logsdon “quickly backed away from the window and turned off the light.”

Sheriff’s deputies approached the home and questioned his girlfriend Shaina Steinmetz at the door, who became agitated after denying Logsdon’s presence in the house multiple times.

Before police began a search of the house, they warned Steinmetz that if Logsdon was found, she would be arrested as well.

Upon search, Logsdon was found hiding in a bedroom closet and refused to obey commands so police tased and arrested him.

Logsdon is currently in the Allegheny Jail on three violation of probation/parole bench warrants.

23-year-old Steinmetz is also in the county jail on charges of hindering apprehension and disorderly conduct.