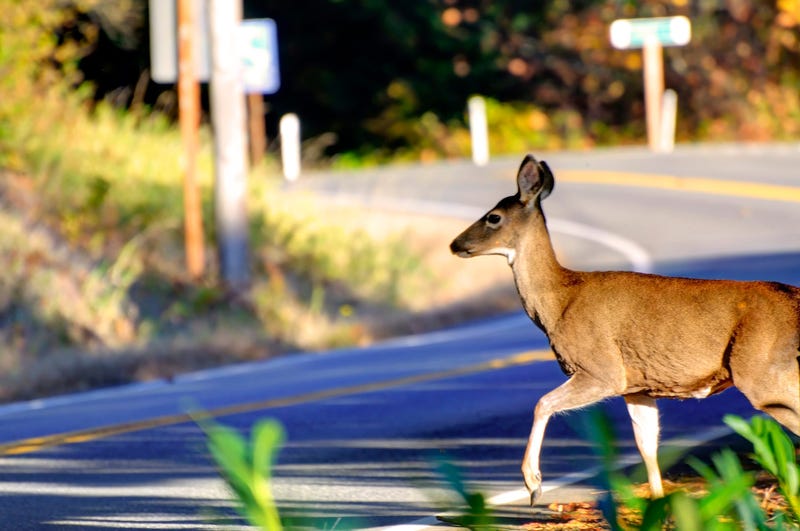 KDKA Radio’s Shelby Cassesse has more on how to avoid crashes and expensive damages.

Data shows there are more than 1.5 million deer-vehicle collisions each year.

“That will put you in a position where nature happens and if a  deer runs into a road and you have your head in your phone, you’re not going to have that chance to react adequately,” said Garrity.

Deer are most active between 5-8 am and 5-8 pm. If a deer-vehicle collision is imminent. Garrity says, the driver should not try to swerve, and avoid slamming on the breaks to prevent more severe damage.

“You could be putting yourself in further harm’s way or even worse putting somebody else in harm’s way as well.”

After a collision, call the police and avoid making contact with the animal.

About 150 people in the United States are killed annually from deer-vehicle crashes.