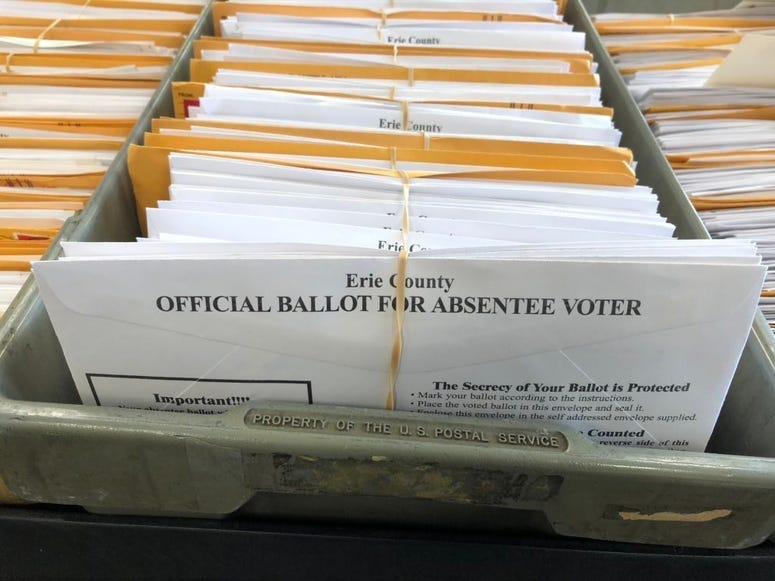 PITTSBURGH (Newsradio 1020 KDKA) The Pennsylvania Supreme Court ruled Thursday that the state will add a three-day extension of absentee and mail-in ballots that are post marked by Nov. 3, Election Day.

If a mail-in ballot is received by Nov. 6 and is determined to be valid by a correct postmark date, the ballot will be counted.

In addition to the extension of accepting mail-in ballots, there will also be additional election offices and drop boxes to increase the accessibility for anyone voting by mail across the state.

In a statement from Gov. Tom Wolf and Attorney General Josh Shapiro, today was described as a victory for voters.

“This is a victory that will help ensure that every eligible voter will more easily be able to cast their ballot and have it counted fairly,” the statement read. “Today’s ruling confirms that counties will be able to provide convenient secure options such as additional county election offices and drop boxes to increase accessibility for those who are voting by mail. It also means that ballots postmarked by election day and received by the Friday after the election will be counted.”

The court ruling also declared that ballot drop boxes are legal within the state of Pennsylvania, a topic that President Donald Trump’s campaign had sued in federal court to block.

Another portion of the ruling declared that took the Green Party off of ballot, citing no fulfillment on technical requirements.

The ruling sent waves through the political landscape, seeing responses from U.S. Senator Pat Toomey and President Donald Trump himself.

Senator Toomey said in a statement that the Court decided laws have “no meaning.”

“Once again, the Pennsylvania Supreme Court has decided that laws have no meaning,” Toomey’s statement read. “The current state election statute, which was signed by Governor Wolf less than a year ago, is clear that mail-in ballots must be received by 8:00 PM on Election Day in order to be counted.”

The official law that Gov. Wolf signed a year ago reads as follows:

The new Court ruling has extended the date and time a mail-in ballot can be received up until 8:00 p.m. on Nov. 6.

President Trump made a tweet regarding the Court’s ruling, saying that ballot harvesting remains illegal in the state of Pennsylvania and that democrats will be ‘watched’ as to not ballot harvest.

State Supreme Court in Pennsylvania just affirmed that Ballot harvesting remains illegal. We will be watching that the Democrats do not Ballot Harvest - a felony. In other words, the Republican Party won on the atrocious Ballot Harvesting Scam...

“Today is an important day for voters’ rights in Pennsylvania,” Gov. Wolf and Attorney General Shapiro stated. “Now, we and every county election worker will continue our efforts to administer an election that is secure, fair and accessible in every way.”