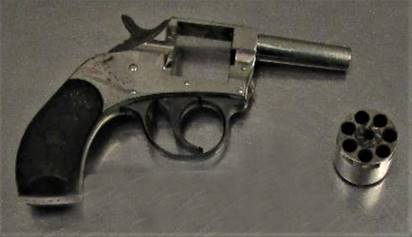 PITTSBURGH (Newsradio 1020 KDKA) - A Penn Hills woman has been arrested after TSA agents discovered she was trying to get a gun through security at Pittsburgh International Airport on Friday.

The TSA say the unloaded .22 revolver was found at a checkpoint while going through and X-ray machine.

Allegheny County Police were contacted. They confiscated the weapon and questioned 31-year-old Kierra Allen before she was arrested.

Police say Allen was charged with carrying a firearm without a license and the FBI has been notified of the incident.

Even with a permit, guns are not permitted on airplanes.

As of May 17, seven total firearms have been stopped by the Transportation Security Administration at Pittsburgh International so far this year.

Last year, a total of 35 firearms were stopped.

Those who try to get a firearm past airport security is subject to fines and arrest.