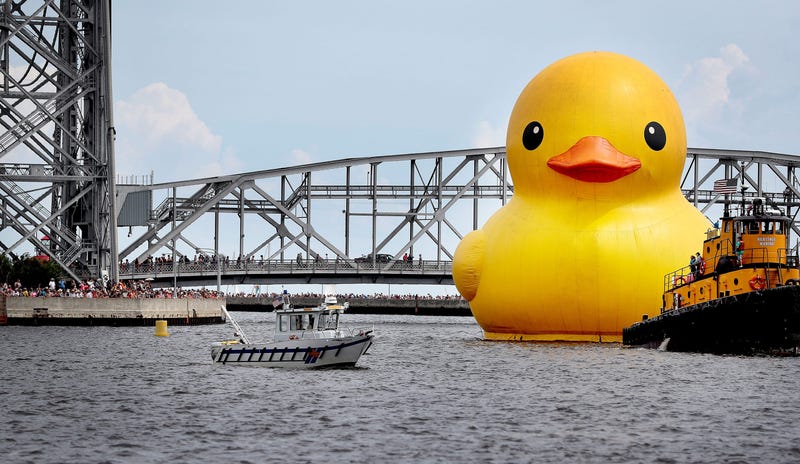 PITTSBURGH (Newsradio 1020 KDKA) - A Petition on Change.org is asking that the giant duck return to Pittsburgh’s rivers in honor of Steelers quarterback Devlin “Duck” Hodges.

The petition on the website says “The people of Pittsburgh (aka Yinzers, aka Stiller Gang aka Steelers Nation) demand Mayor Peduto to return the legendary Rubber Ducky of 2013 to the Allegheny River in honor of Devlin "Duck" Hodges. We need 100,000 signatures to show the city we mean business.”

It was the first American city the duck stopped at during its world tour.

Another rubber duck came to Erie this past August. That one is owned by Craig Samborki and is out of Duluth Minnesota.