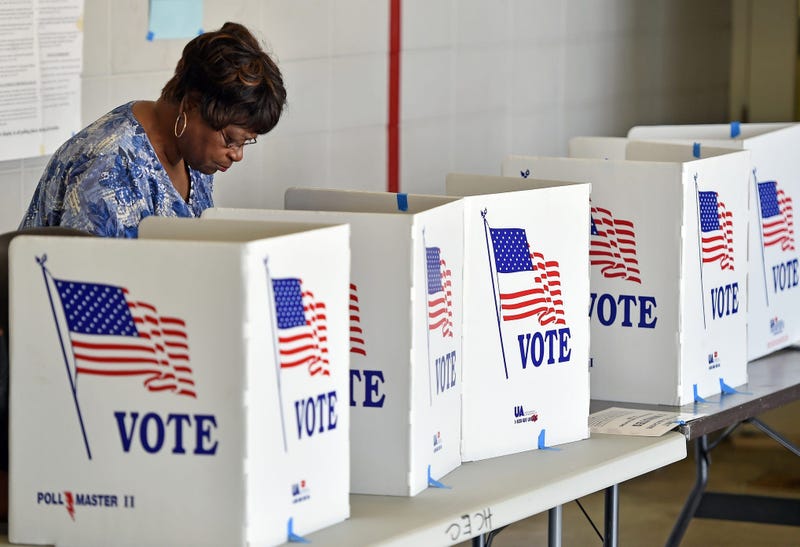 PITTSBURGH (Newsradio 1020 KDKA) - A physical altercation over not wearing a mask broke out at a polling place in Allegheny County Tuesday.

At Taylor Alderdice a verbal altercation became physical after a voter confronted a man not wearing a mask.

The one voter began to scream at other voters and the constable on site came over to address the matter when pushing and shoving took place.

Pittsburgh School Police and Pittsburgh Police were called. The voter was asked to go vote and then leave the area. No charges will be filed. The constable returned to his post.

Voters are encouraged to wear a mask but it is not required.

The public is strongly urged to wear a face covering during the COVID-19 pandemic to help mitigate the spread of the virus.

An altercation between a voter and the constable at the Allderdice High School polling location for the Pennsylvania Primary. pic.twitter.com/yCuHL9WTgN

KDKA Radio's Joe DeStio reports that while most people he saw at polling places were wearing masks, one man at CCAC North in McCandless did not. He was told he was not allowed to vote without a mask but was later allowed to.

In addition, Allegheny County is reporting more issues at poll places around the area.

In a release, the county says they have received some reports about poll workers being hesitant or confused about provisional ballots and when they are appropriate. Those cases elections contact judge to review procedures.

The county has also received calls of poll workers not wearing a face covering. All workers must wear a mask or face shield.

As of noon, 23,988 mail-in ballots have been scanned at a warehouse in the North Side.

The county said the following process is for mail-in ballots.

The process is this:

Ballots on pallets brought out of locked, secure room in the elections warehouse.

Once opened, trays of envelopes given to employees to separate the declaration envelope from the inner security envelope.

Trays of ballots in the security envelope are then taken to letter opening machines.

Once opened, trays of envelopes are again given to employees to separate the security envelope from the ballot.

Ballots are then unfolded and backfolded so they lay as flat as possible.

Once there is enough volume, batches of ballots are put through the scanner to be counted.