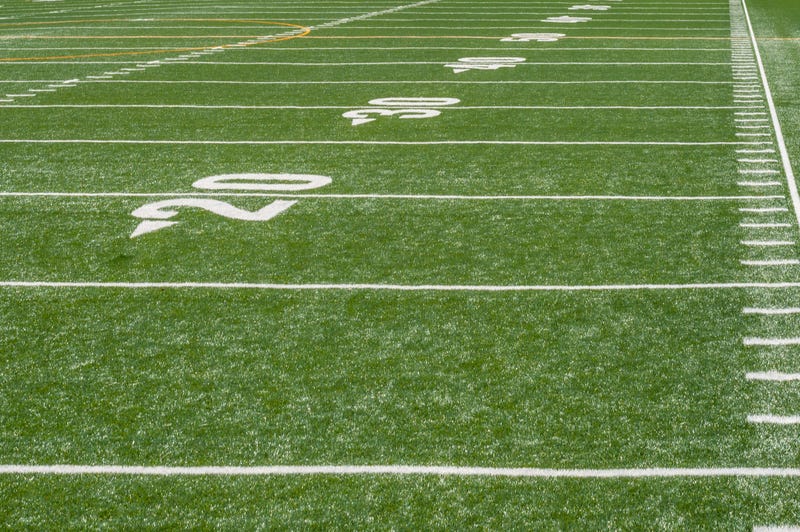 PIAA is moving forward with start of the Fall Sports Season as scheduled. pic.twitter.com/HGyoPde6cB

The organization is scheduled to meet Wednesday afternoon. The PIAA is expected to reveal their safety protocols for schools as it pertains to sports.

White told KDKA Radio's Robert Mangino that while the PIAA plans to move forward with sports, "the big question is, is it going to be put to a stop at some point by  the governor's office?

"They will rely on information and direction from the governor's office, but right now, the PIAA is moving forward," he said.

PIAA board of directors meeting at 3 that I'll be monitoring. Check back for updates.FYI: National Federation says about half of states still plan to start fall high school sports on time.23 states have pushed back start of sports. Five will play football in winter/spring.

White said that even though they're planning to move ahead with sports, he believes it's "almost definite" that the PIAA will at some point announce that it will be a shortened season with everything concluded by Thanksgiving. "That's not a problem. The only that has gone past Thanksgiving is football in the state playoffs, but I think you're also gonna see shortened regular season for soccer, volleyball - everything - and fewer qualifiers maybe for the state playoffs in those sports."

The exact purpose of stopping at the Thanksgiving holiday is unclear at the moment, but White speculated that it could be mimicking what colleges are doing with students who return to school this fall. He said they're done at Thanksgiving and not coming back.

White said it's hard to predict if any schools or coaches are hesitant about playing at this time. He said area coaches are kind of in a fog because they don't know what's going to happen. "I talked to five football coaches the other night and it's two weeks away from the start of heat practices and they don't even know yet what their protocols are, what they're gonna have to do. They might have to go get shields for helmets. What playoffs are going to be like. It's really... it's time to make some decisions here."

With some schools considering hybrid education this year by allowing at least some remote learning, White said he doesn't understand how that would work with sports. "How do you not let them come into school, but let them go practice a sport five days a week? That's a big question mark," he said. "I think the schools have the autonomy to say, 'hey, we're not gonna do it' and I think that might happen."

Kasperowicz said they'll have all "your normal protocols" such as daily temperature checks for kids, social distancing when possible, masks when it's not.

He said he "100 percent" believes the guidance from the state and federal government is sufficient enough to ensure safety for the players, coaches and support staff. "I think people have to realize if we do what we're supposed to do, we take care of our business, we control what we control - then we're in good shape. This isn't Carnegie Mellon where we have kids coming from all over the world. This is Pine-Richland, this is Gibsonia, wherever your local high school in your area is. For the most part we stay in our little bubble.

"Now you might have kids that go on vacation and whatnot and that's where you really got to be careful and make sure you're following the guidelines to a T. But, for the most part, we're in our bubble and we're practicing together and we're with the same kids on a daily basis, so we feel very safe. Obviously when you start playing games and you're playing a team, an opponent, that's where the trust factor comes in. You gotta hope they're doing the same thing, so that when you do play football and there is contact and sweat and spit or whatever is exchanged, you hope that they're being safe, we're safe and nothing's transmitted."

Despite his readiness, Kasperowicz said he's is all for pushing the season off until spring because he's hesitant about being shut down mid-season if something does happen. "I'd sign up for that today, because hopefully by then there'd be a vaccine in place and everything would be more kind of normal."