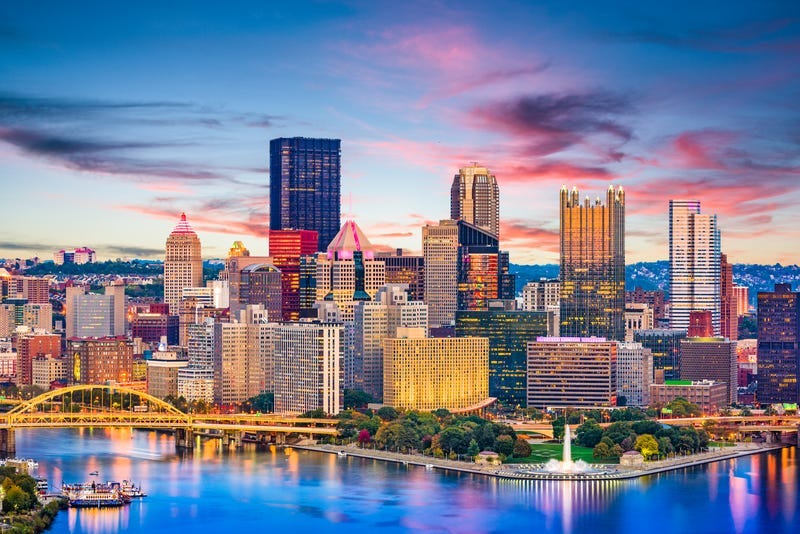 PITTSBURGH (NewsRadio 1020 KDKA) – Pittsburgh has made a list that says 2019 is going to be a year of economic growth for the area.

Inc. Magazine worked with the innovation policy company Startup Genome, Inc. to put together a list of the top 50 “Surge Cities” or fastest-growing cities to open a business in 2019.

In order to create the list, they looked at things like job creation, population growth, net business creation and the rate of entrepreneurship, among other things.

Some of the 50 cities include; Austin, which ranks number one, Portland coming in at number ten, Pittsburgh at number thirty-nine, and Buffalo at fifty.

James Ledbetter, Editor in Chief of Inc. Magazine tells the KDKA Radio Afternoon News, “These are the real epicenters of growth, where the jobs are, where the talent is that are really making America work right now.”

While 39th out of 50 might not seem impressive to some, Ledbetter says Pittsburgh’s involvement in many industries helped it make the list

“The rate of entrepreneurship is at a very healthy 5.5% and Pittsburgh is really sort of cooking on a lot of burners.”

One of the reason’s the area wasn’t higher on the list is a declining population.

“One thing that surprised me a little bit regarding Pittsburgh was that the population itself was actually down slightly during the period we looked at it, it was down .3% between July 2016 and July 2017.”

The top cities on the list are from the south and are either mid-size to large cities but Ledbetter says there are some surprises on the list as well.

“I think Buffalo was one that showed up that a lot of people would not have necessarily thought and Detroit, Hartford, and Providence also showed up and they are older North Eastern cities that some people thought were left for dead.”

Ledbetter adds, “These are the places where innovation is happening, where people want to come and do the best possible work in those areas, and that is where talent is going to be concentrated , that’s where people are going to pay competitive wages.  It usually has an effect on the real estate market and the whole city will come along with it.”