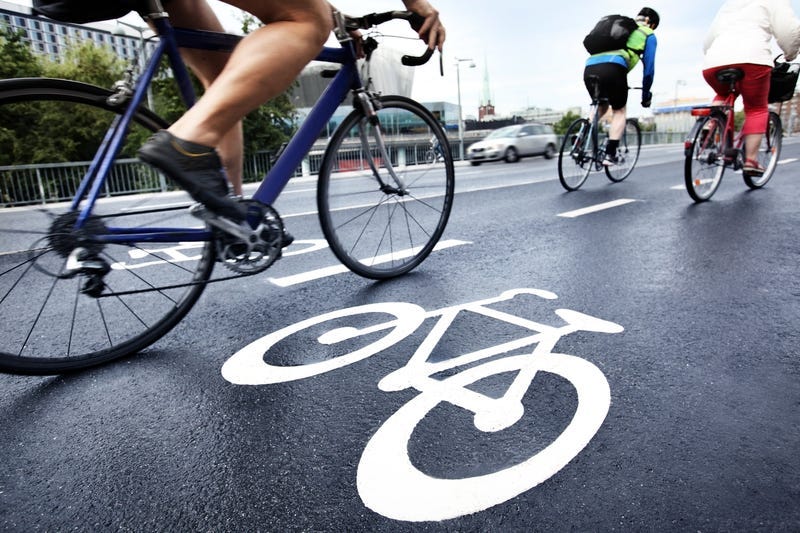 PITTSBURGH (KDKA Radio) - The city of Pittsburgh is planning for more bike lanes. A master plan on where lanes should go is due from the Peduto administration by the end of the year.

"Really, it's going to be setting expectations for not only bicyclists but for community groups, for city council, and for drivers to know the plan for where bike lanes will be," according to Bike PGH's Eric Boerer.

Pittsburgh has installed 55 miles of bike lanes since 2007. The idea is for another 120 miles of dedicated bike facilities. The plan will also address modernizing streets and the use of "smart signals" to ease traffic flow.

Boerer says motorists should be happy with the plan too. He says many drivers complain when a bicyclist is ahead of them. "Just imagine if there was a bike lane, they wouldn't be in front of you anymore."

Reportedly, there were 66 crashes between vehicles and bicycles in 2018. Eleven of those bicyclists received major injuries. One died.