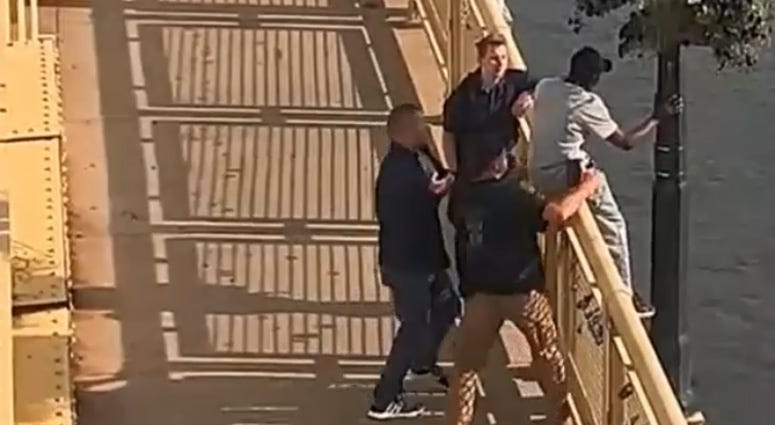 PITTSBURGH (Newsradio 1020 KDKA) - Pittsburgh Police, along with the help of a good samaritan, were able to stop a man from jumping off the Roberto Clemente bridge Thursday morning.

Accoridng to authorities, police were called with reports of a distraught man sitting on the railing of the bridge.

Officers and plain clothes detectives arrived on seen. In a video, a man is seen standing at the side of the bridge talking to the man sitting on the railing, while detectives slowly approached from behind.

The detectives were able to grab the unidentified black man from behind and pull him to safety on the walkway of the bridge.

In a social media post, Pittsburgh Public Safety wrote, "the male told officers he intended to hurt himself by jumping onto the 10th Street bypass."

The man was taken to Western Psych for evaluation.