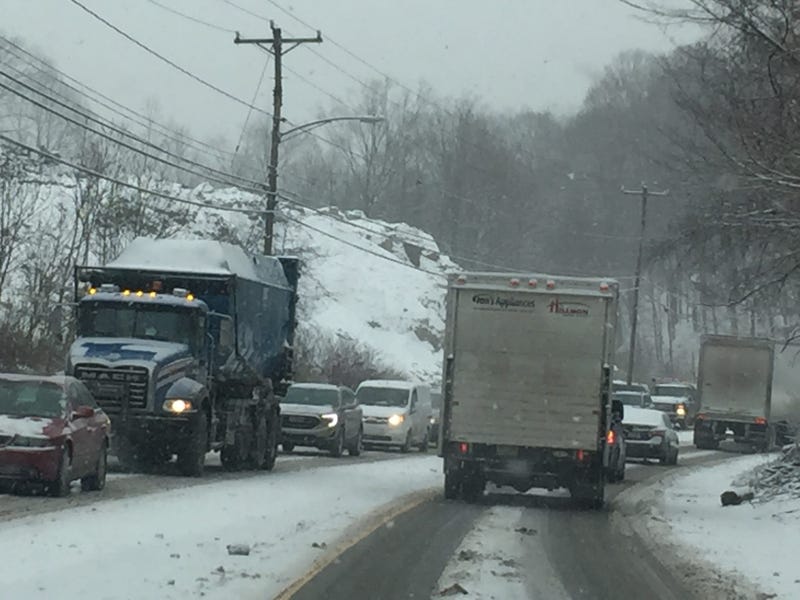 PITTSBURGH (Newsradio 1020 KDKA) - On Tuesday it felt like spring or monsoon season was on the way with temperatures in the 40s and rain all day but overnight Wednesday, strong, cold winds from up north came through the area causing slick roads and power outages.

AccuWeather’s Elliot Abrams says that kind of weather is something we’re going to have to get used to over the next week or so.

After temperatures stay below freezing with the chance of a quick coating to an inch throughout the day, Abrams says temperatures will climb again near 50 Thursday and Friday before another cold front comes through over the weekend with the chance for some snow Sunday night into Monday.

“Might be a touch of snow on Saturday and there’s a chance for some accumulating snow later Sunday into Monday. Looks like a whole parade of storms will be affecting up this week into next week. Not necessarily snow storms but every few days a change and temperatures (will be) on a rollercoaster,” said Abrams.

Part of the reason for the big shift in temperatures and stronger storms is because temperatures are getting colder near the arctic and warmer in the southern states.

“The bigger the temperature contrast the faster the increases with height, the jet stream and so storms can get stronger,” said Abrams.