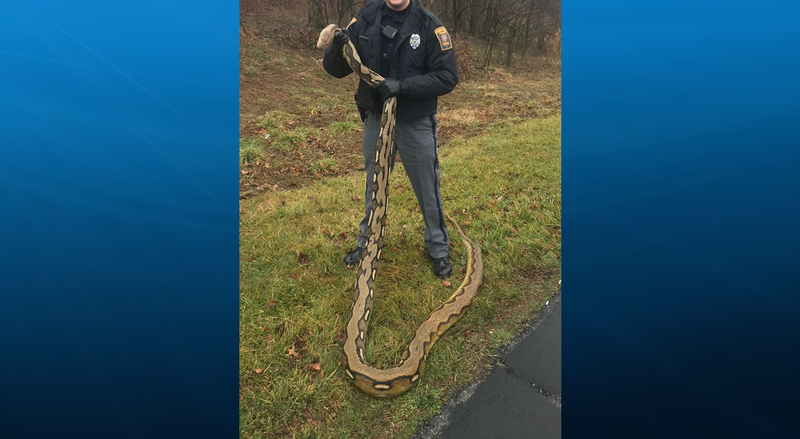 (Newsradio 1020 KDKA) - A police department got a strange call on Thursday.

Springettsbury Township Police in York, PA say on Facebook they got a call around 2 p.m. on Thursday to report a large snake in the woods.

Officers found a dead 15-foot-long python near the 1500 block of Whiteford Road.

It is unknown where the snake came from or how long it was there.

In late May, 15-foot python was reported missing in the Morgantown, WV area.

Morgantown and York are over 200 apart.