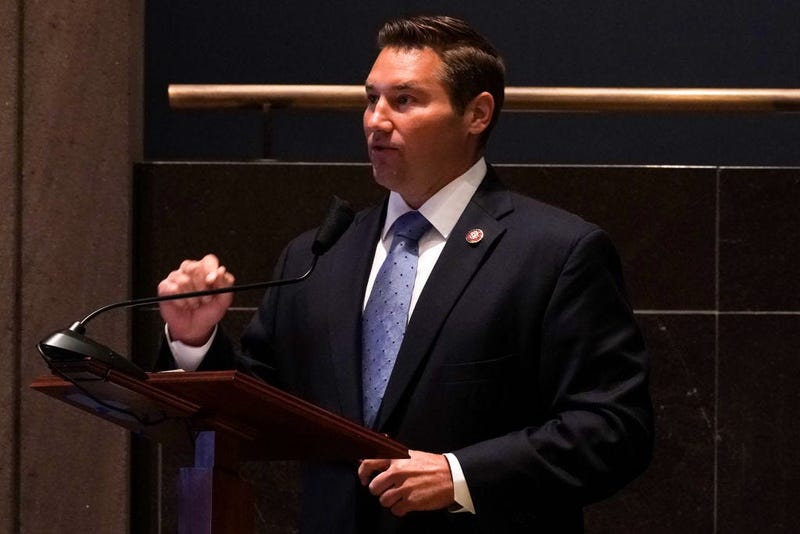 "For one, it updates training materials and standards and that includes de-scalation training," he said. "It also speaks to community engagement. I'm a big fan of community policing. The executive order certainly takes that into account. You also have the banning of choke holds unless it's a life or death situation where deadly force is being used against a police officer. You have a database which will be compiled, that compiles all instances so you don't have bad police officers going from department to department."

In addition, Rechenthaler said the reforms advocate for mental health reform. "The police will have access to confidential mental health services. As you know, the police suffer from very high instances of suicide. Officers are more likely to die by suicide than in the line of duty. They also have instances, very high instances of depression and PTSD. So that will be available to them.

Another part of the reform that Rechenthaler said will help is having co-responders for police officers. "When the police go to deal with somebody who has mental health issues or substance abuse issues, they'll take a social worker with them that will help de-escalate, that will also help get that individual treatment.

"Ive been saying since I was a state senator that I'd rather see somebody get a bed in a treatment facility than a cot and jail cell. I feel that if we get these individuals help, who suffer from mental health issues and substance abuse, it will break the cycle of street to prison and it will reduce crime rates so the president's executive order - I think it should be applauded and I'm very excited to see how this is implemented."

Kevin told the representative that the idea of co-responders was discussed during KDKA Radio's Address the Unrest summit. One idea that Pittsburgh Police Union President Bob Scwartzwalder spoke about was a nationwide police training manual. He asked if President's Trumps executive order lead to equal and even training for police departments?

"With that said, though, I think that we should have some best practice standards and we should have sharing of data and information, so bad police officers can't go from department to department. You don't have wide disparities on de-escalation and use of force."

Larry said the civil unrest in the country right now hasn't been seen like this since the late 60's.  He asked Rechenthaler, what can we do, what can he as a leader to help us do a better job of connecting and elevating and lifting up black America and those that are marginalized?

"There's a lot we can do. I always say there's no panacea, there's no silver bullet when it comes to public policy, but the best thing we have - the nearest thing we have to a silver bullet - is a growing economy. We want to lift individuals out of poverty. We want to help people get a step up in life and you do that when you grow the gross domestic product, when you grow and expand the economy. And I think we had a red-hot economy before the COVID pandemic. We need to get back the economic growth that we had. So that's for starters.

"Secondly, we've got to understand that what's going on is a trifecta. We have three groups. We have one group who is peacefully protesting and they have a good message that deserves to be heard. Those individuals have a right to protest. They deserve our empathy and frankly our support.

"You have these two other groups though that are diluting and frankly drowning out the good message and those are the extremist groups, the anarchists, ANTIFA. They come in, they create the destruction and chaos.

"Then you have a third group that is just there to take advantage of it. They're the ones that engage in looting and rioting. So I think we need to look at the three groups, give the group that wants to peacefully protest our support and empathy and let them be heard. But then not allow the destruction of property, not allow the chaos."