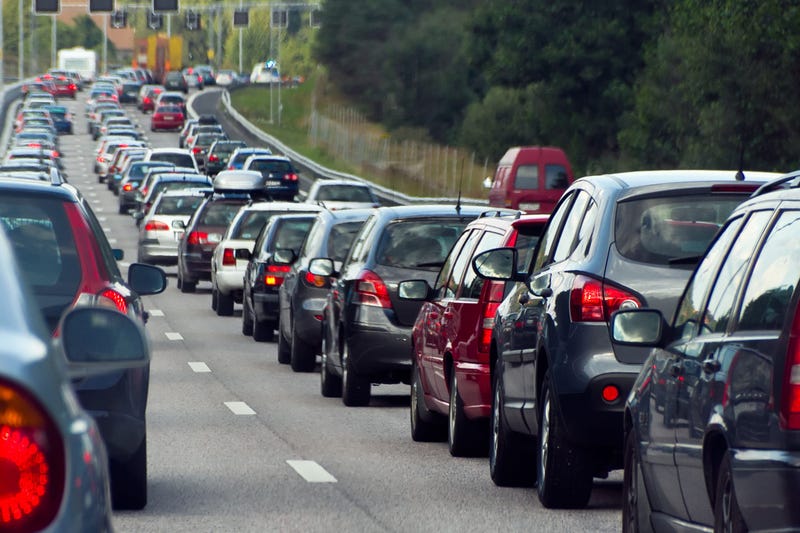 Pennsylvania, New Jersey and New York in particular will see over 5.8 million people on the roads, up 3 percent from last year.

“Gas prices (are) relatively stable about where they were this time last year, little higher, little lower depending on where you are and that is combining with a continued strengthened economy and continued consumer confidence,” said Garrity.

The peak travel time to avoid is Wednesday during the afternoon rush hour.

Winter weather from the West Coast to the Midwest could throw a wrench in airline travel.

The National Weather service says heavy snowfall, high winds and severe storms may cause difficult driving conditions and flight delays across the country during one of the busiest travel weeks of the year.

“Once that weather hits one part of the network it starts to ripple out so we also recommend keeping an eye on your flight, talk to your airline, make sure that everything’s copasetic before you head to the airport,” said Neistein.

He suggests leaving for the airport earlier than normal, especially on Wednesday. ]