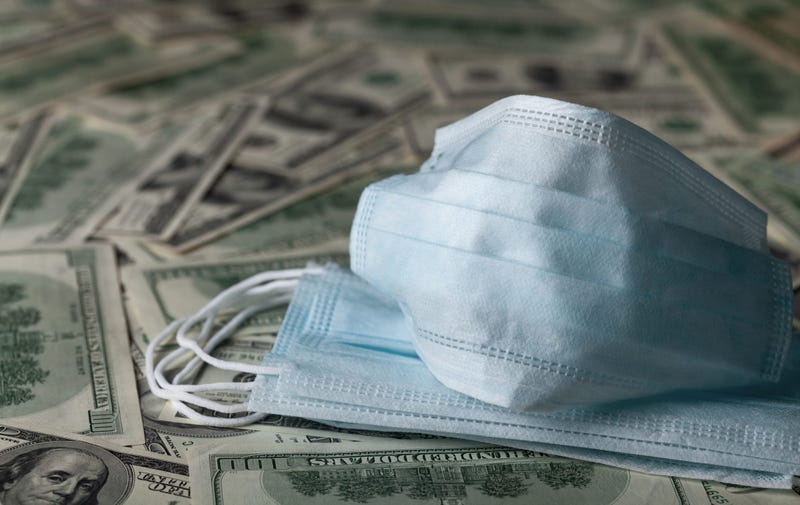 This is the last week the unemployed will get an extra $600 from the federal government. Earlier on the KDKA Radio Morning Show, Larry Richert asked CBS' Jill Schlesinger if Congress will extend the benefit. Jill said lawmakers have a good reason to do it.

"I think there is a chance, because the data that we are relying on is pretty clear. And that is that we have, as of last Thursday we got a report out, 32 million Americans who are receiving unemployment benefits. Some of them are gig workers, some of them are employees, but every one of them needs help," she said. "And what we also know is from pretty much every bit of research we can find, the pandemic has disproportionately hurt people at the lower end of the income scale. So, if you look at it, people who make under $40,000 are really suffering. Now, they were suffering already because, don't forget, before the pandemic ever started we used to talk about this when we were talking abut regular old economic and finance things which is there's a number of people about 40 percent of Americans who would have trouble paying for an unexpected $400 expense."

Leading GOP lawmakers are scheduled to meet today with President Trump to discuss the next aid package., but Schlesinger said it's hard to predict what Congress will ultimately do. "I think that Congress is going to do something. What they do is impossible to really understand because there have been a lot of ideas floated out there."

"So, a drop down - straight down. But then the fortunes divide. People who have white collar jobs and have 401k's, they start going up. That's sort of the upper right-hand part of the K.

"And those who don't, keep going down. And the people who keep going down in that letter K are the ones that we are worried about. Look, I know if you're not impacted you may not be focused on that, but the more that we help those at the bottom, the faster and better the recovery will be.