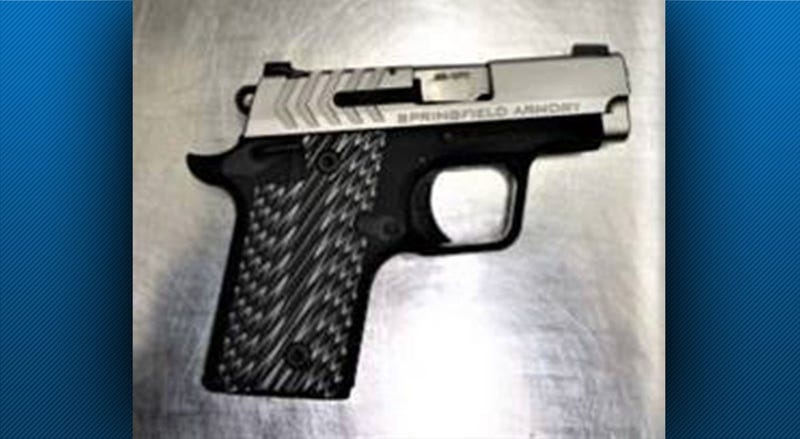 PITTSBURGH (Newsradio 1020 KDKA) - The Transportation Security Administration at Pittsburgh International Airport stopped a man from brining a loaded handgun through security on Tuesday.

A TSA officer noticed the .380 caliber gun on a checkpoint X-Ray machine monitor in the man’s carry-on bag.

Allegheny County Police were called to the scene and the Connellsville man told officers that he forgot he had the gun with him.

The gun was loaded with six bullets.

The latest incident marks the ninth stopped by TSA agents at Pittsburgh International so far in 2020.

People are permitted to travel with a firearm if it is in a checked, hard-sided locked piece of luggage and declared at a ticket counter. The firearm must be packed separately from ammunition.

A typical first offense for bringing a gun to a checkpoint is $4,100.