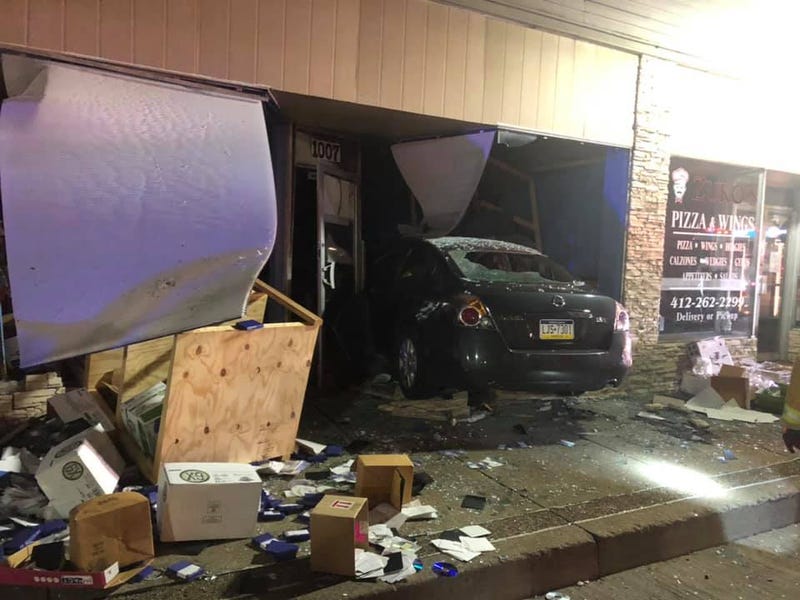 CORAOPOLIS, Pa. (Newsradio 1020 KDKA) - Two people were taking to the hospital after their car crashed into a pizza shop in Coraopolis Wednesday morning.

Emergency crews from both Coraopolis and Robinson Township responded to the scene.

It happened between Zuko’s Pizza and Jordan’s Donuts on 5th avenue. Rescuers pulled two people from the car.

The occupants were injured and taken to the hospital, but there is no word on their condition.

The front entrance and windows of the business have been boarded up.